Woman in love with loan manager, gets his husband murdered Katihar: A sensational case has come to light from the Katihar district of Bihar. The woman is said to have killed her husband along with her boyfriend. Within a few hours, the police solved the murder and arrested the accused with weapons.  The case is Bhatta Tola under the Muffasil police station area of Katihar.  A truck driver Dharmendra Ravidas was shot dead here on June 20. A major conspiracy was revealed when the police investigated the incident.  Investigations revealed that the wife of the deceased had a close relationship with someone and the two were involved in the murder.

The accused woman's boyfriend works in Bandhan Bank and had also given a loan of 90,000 rupees to the deceased Dharmendra Ravidas. Then it was decided between the two that if Dharmendra dies, a loan of 90,000 rupees would be waived off and they would get married. Sajali Devi, who plotted the murder, is also the mother of two children. The murder was carried out by the woman and her boyfriend with the help of betel nut killer Sanjeet Pandit. In return, Sanjeet was also paid a fixed amount of Rs. 50,000 and an advance of Rs. 18,000.

Police said the woman had opened the door of the house as part of the conspiracy. So the murderer easily entered the house. The killers entered Dharmendra Ravidas's room directly and shot him. The woman staged an unconscious drama and when the two accused fled she reported the incident to the family members. Police started investigating the case and took the phone of family members besides the woman on surveillance and gradually the whole case opened. Police have also recovered desi pistols, motorcycles, bullets, papers, photos, and SIM cards used in the murder from the spot.

The father is madly in love with the son's tuition teacher, son shot himself with pistol 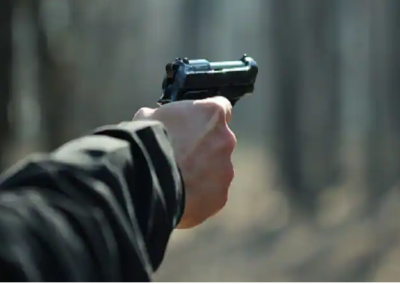