Kanpur: A video from Kanpur in the country's largest state UP is going viral. Where the BJP leader was dragged out of the municipal office and handed over to the police. The matter occurred on Tuesday when the BJP leader had reached the Municipal Corporation office with a complaint. But when the city commissioner asked to file a complaint on the Sambhav portal, the BJP leader got angry on this and started shouting loudly. Due to this, he had a heated argument with the Municipal Commissioner. Thereafter, the security guards caught hold of him and dragged him out of the office.

BJP leader Kapil Gupta contested the corporator election in 2017 from the Suterganj ward. Kapil Gupta says that some people have encroached upon a piece of land in Gwaltoli. Complained about this to Vidhansabha Speaker Satish Mahana. Satish Mahana had asked him to meet the Municipal Commissioner regarding this matter. On meeting the Municipal Commissioner, I asked him what action the Municipal Corporation is taking in the matter of land encroachment. He got angry about this and misbehaved with me by calling the guards. I was pushed out, the staff dragged me down outside as well.

Thereafter, he was taken to the police station. Where he was released after questioning. Kapil Gupta alleged that he was also assaulted. He said that he is going to Lucknow, and will complain about the whole episode to Satish Mahana. The city commissioner has come on the backfoot on the indecency with BJP leader Kapil Gupta. In a hurry, the Municipal Commissioner gave instructions to take action in the case of encroachment on the basis of the complaint. Along with this, an inquiry has been set up on the indecency with Kapil Gupta. After investigation, further action will be taken as per the rules. 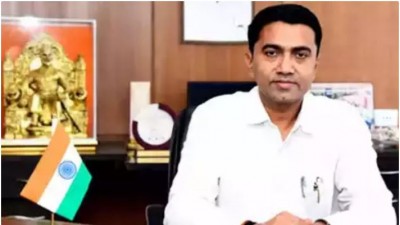