KIEV, Ukraine: US Secretary of State Antony Blinken and Secretary of Defense Lloyd Austin met with Ukrainian President Volodymyr Zelensky in Kiev, marking the first visit by high-ranking American officials to the war-torn country since Russia's invasion began on February 24.

On Monday, Zelensky posted a series of photos to Instagram, stating that the "visit of a delegation of high-ranking US officials to Kiev at this key period for the Ukrainian state is highly beneficial and important."

The unexpected visit took place on Sunday, and the US administration has yet to issue an official statement on it.  The President went on to say that he discussed "military assistance, tightening sanctions against Russia, financial help for Ukraine, and security guarantees" with Blinken and Austin.

Blinken and Austin met with Foreign Minister Dmytro Kuleba, Defense Minister Oleksiy Reznikov, and Interior Minister Denys Monastyrsky, as per reports.  Blinken reportedly informed Zelensky of the return of American diplomats to Ukraine, citing a senior State Department official. The diplomats will "start with day excursions into Lviv" and "progress to maybe other places of the nation before resuming (their) presence in Kiev," the official said.  Blinken indicated that President Joe Biden will select Bridget Brink, the current US envoy to Slovakia, as the US Ambassador to Ukraine. 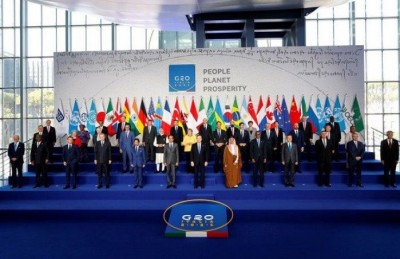