Hydrogen fuel cell vehicles have been considered capable options which are both good for the environment and have the potential to bring down the cost of driving for a long time. However mass production of these vehicles has not been discussed for long. But BMW and Toyota are now reportedly working together to roll out new models powered by hydrogen fuel cells with the first model possibly out as early as 2025.

A BMW official told Nikkei Asia during an interview that the Germans are seeing obvious benefits of hydrogen fuel cell vehicles, especially in the case of larger SUVs. And Toyota could be the most obvious choice for a partner because the Japanese have been developing the technology since the early 1990s. “We have various projects we work on with Toyota,” said Pieter Nota, Sales Chief at BMW. “We see that hydrogen fuel cell technology is particularly relevant for larger SUVs.”

While specific model details are not yet known, BMW showcased the iX5 Hydrogen Concept vehicle at the Munich Motor Show last year and production in exclusive numbers is expected to begin soon.

Fuel cell vehicles at large have the obvious advantage over battery electric vehicles or BEVs in the sense that most offer a better range and can be refuelled far quicker. Both are crucial aspects in making cars with newer technology more popular among global buyers. Additionally, it is claimed that ambient temperatures don’t affect the range on a hydrogen fuel cell vehicle as it does on an EV. 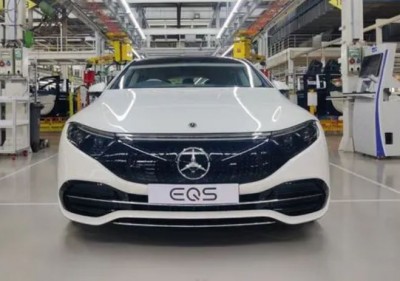