Sushant Singh Rajput, a rising and famous actor of Bollywood, committed suicide in his house on June 14 last month and said goodbye to this world. Since his death, the issue of nepotism has once again been hot in the industry. Today we are going to tell you about some of the films of Hindi cinema, which were related to nepotism and later they got very bad at the box office. So let's know about such films.

The film was made by Fardeen Khan, son of the legendary Bollywood actor Feroze Khan. However, this film could not do anything special and it got very bad at the box office. Made in the budget of Rs 6 crores, this film could only earn Rs 6 crores 70 lakhs.

Bollywood producer Vasu Bhagnani made the film 'Kal Kisne Dekha' to launch his son Jackie. The film, made at Rs 21 crore, proved to be a super flop, earning just Rs 7 crore

Actor Raj Babbar's daughter's debut film is 'Kaash Aap Hamare Hote'. She was accompanied by Sonu Nigam in this film. Made in Rs 5 crores, the film could earn only Rs 1.5 crores.

Mithun's son Mimoh (Mahaakshay Chakraborty) debuted in this film in the year 2008. However, the film was super flopped and made in a budget of Rs 9 crore, the film could earn only Rs 1 crore 80 lakh.

In the year 2017, Machine was a film by Abbas-Mustan and in this film, Abbas's sons Mustafa Burmavala and Kiara Advani were seen in this film. The film, made at Rs 30 crores, could earn 10% of the budget i.e. 3 crores.

The film, which came out in 2008, could earn only Rs 15 crore, and a total of Rs 40 crore was spent in making it. In this film, Harry Baweja's son Harman Baweja was seen with Priyanka Chopra. This was Harman's debut film.

This was the debut film of Anil Kapoor's son Harshvardhan Kapoor. He was accompanied by Saiyami Kher in this film. The film made for Rs 63 crores proved to be a disaster, earning only Rs 11 crores.

This was the first film of 2007 by Rishi Kapoor's son Ranbir and Anil Kapoor's daughter Sonam. The film, made in a budget of Rs 45 crore, proved to be a flop, earning Rs 29 crore.

The film was debuted by veteran Bollywood actor Amjad Khan's son Shadab Khan and was accompanied by Rani Mukerji in the film. This film made in 2 crores, the film could earn only 3 crores.

This was the debut film of Sunil Shetty's daughter Athiya Shetty and Aditya Pancholi's son Sooraj. Made in the budget of Rs 36 crores, the film could not earn even Rs 50 crores.

The film was the debut film of Sunny Deol's son Karan Deol. Along with Karan, actress Sahar Bamba had also debuted in this year in 2019. Made in Rs 60 crores, the film could earn less than Rs 14 crores.

Shraddha Kapoor made her Bollywood debut with this film. The film, made at Rs 45 crore, could earn only Rs 17 crore.

The film was made by Bollywood actor Javed Jaffrey's son Meejan Jaffrey. Made in about 20 crores, this film could earn only two and a half crores.

Salman Khan's brother Arbaaz Khan made his debut with this film. The film was made for Rs 5 crores and could earn only Rs 7 crores.

Amidst Corona crisis, Amitabh Bachchan boosted moral with this poem 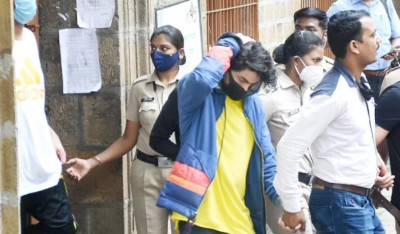 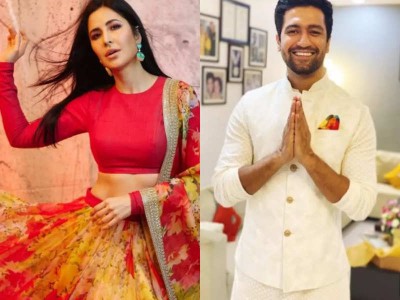