Ola's S1 and S1 Pro electric scooters appear to be a success with Indian customers, as the EV manufacturer's CEO Bhavish Aggarwal stated that his company has sold 1,100 crore worth of electric scooters in the previous two days.

After a technical problem delayed the procedure intended for the first week of September, Ola Electric started bookings for its S1, S1 Pro electric scooters on September 15. On Friday, the booking window closed early.
Ola Electric claimed selling almost 600 crore worth of electric scooters on day one, with at least four units sold per second.On Friday, the amount swelled by another ₹500 crore.

Bhavish Aggarwal, CEO and Co-founder of Ola Electric, took to social media platforms to make the announcement this morning. He wrote, “Day 2 of EV era was even better than Day 1! Crossed ₹1100Cr in sales in 2 days! Purchase window will reopen on Nov 1 so reserve now if you haven't already."

Day 2 of EV era was even better than Day 1! Crossed ₹1100Cr in sales in 2 days! Purchase window will reopen on Nov 1 so reserve now if you haven't already.

Thank you India for the love & trust. You are the revolution! https://t.co/oeYPc4fv4M pic.twitter.com/fTTmcFgKfR

Ola Electric is now most likely to concentrate on delivering the scooters that have already been ordered. Ola Futurefactory, the company's manufacturing plant in Chennai that is projected to be the world's largest for e-scooters, is almost ready to start mass production to fulfill demand. Ola Futurefactory, which employs more than 10,000 women, expects to produce two million units each year for Indian and international markets.

The Ola S1 is priced at Rs. 1 lakh, while the S1 Pro is priced at Rs. 1.30 lakh. These costs are ex-showroom and will vary by state based on available incentives. The Ola S1 has a stated range of around 120 kms while the S1 Pro has a range of around 180 kms. There also are other differences between the two trims like more colour options available on the S1 Pro - 10 in all, higher top speed of 115 kmph and a bigger battery pack. 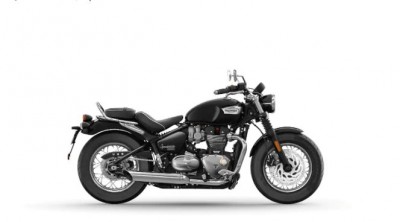