The first episode of the highly-awaited two-part series starring BTS’ Jin dropped on August 16. The series consists of Kim SeokJin as he takes on a job at the Nexon office, as a game planner for his favourite game, MapleStory. The singer has expressed his love for the game many times and has previously also collaborated with the game alongside his fellow bandmates.

The episode begins with a scene previously shown in a teaser, where Jin shows up outside the office, ready for his first day as he says “Mapler Kim Seokjin, I’m off to work.” The BTS member then heads off to give his first ever interview for an office job, where despite his nervousness, successfully puts across his sincerity towards the game, walking away with an offer to start working the very same day.

After getting acquainted with some of his ‘colleagues’ Jin proceeds to unbox his welcome kit, and gets excited with the contents of the kit, showing them off to the camera. The next thing on the agenda for the day is getting clicked for his ID photograph! Jin proves his love for BTS’ fans ARMYs, once again, as he poses with a sign that says, “ARMY, I love you”!

After a much busy lunchtime with Jin’s seniors and learning secret information and more riveting topics, the episode comes to an end with the BTS member preparing for a meeting which requires him to give a presentation.  Previously, two teaser videos had been released, amping up the anticipation for Jin’s new challenge as an office worker. The BTS member had also taken to Instagram to share his employee ID card, while the game’s official account had dropped Jin’s ‘Resume’ as a part of the teasers. Episode two drops on August 18, followed by a behind-the-scenes clip on August 25. 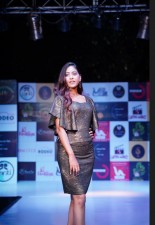