NEW DELHI: In the Rajya Sabha on Friday, Finance Minister Nirmala Sitharaman said that the General Budget 2022-23 stood for continuity, was forward-looking, and had a vision for 'India at 100.'

In response to the general discussion on the General Budget 2022-23, she stated that one of the true motives for this Budget was to ensure a stable and sustainable recovery. She also emphasised the importance of emphasising digital technology in governance, which will help in transparency and ease the process for the common man. She used the Kisan drone as an example, saying that with this technology, fertiliser and pesticide spraying can be done swiftly and effectively, as well as crop density and other studies.

In response to budgetary provisions aimed towards the next 25 years, when India would celebrate 100 years of independence, she claimed that if we do not have a vision for the next 25 years, we will end up like the 65 years of Congress, when everything was done for one family.

Noting that the country's economy has declined on numerous occasions in the past, she went on to say that this present moment of crisis is particularly severe, with a substantially larger loss in Gross Domestic Product (GDP). 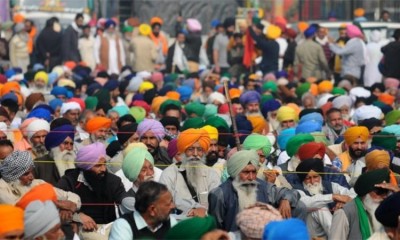