HONG KONG: Concerns have risen about brain drain in the financial center as a result of Canada issuing nearly 12,500 open work permits to Hong Kongers since last year, with nearly a quarter going to those aged 25 or younger. .

Following Beijing's implementation of a national security law in June 2020 that forbade acts of secession, subversion, terrorism and collusion with foreign forces, Canada, the United Kingdom and Australia all announced new and simplified immigration routes to Hong Kong.

Immigration, Refugees and Citizenship Canada (IRCC), responding to inquiries from the Post, said a total of 12,484 open work permits were issued between March last year and June this year.

Open work permits, unlike work visas, enable people to enter Canada without being obliged to a particular employer. Those with a three-year open work permit must have worked full-time for at least one year or have earned 1,560 hours to be eligible for permanent residency.

Only those with a recognized postsecondary degree earned within the last five years are eligible for an open work permit. Dependent children and a spouse or partner who is traveling with you can obtain a work or study permit.

Elton*, a 30-year-old former senior civil servant who moved to Toronto in May, was one of those who received an open work permit.
He worked in policymaking for a Hong Kong government agency, earning more than HK$1 million (US$127,391) a year, and had a bright future.

Being gay, Elton decided to leave the city in 2020 and applied for Canada's "Express Entry," a fast-track program that offers successful applicants immediate permanent residency. As they awaited the results, Canada announced its open visa program. He was eligible because he had done his masters in social science from the University of Hong Kong.

He was successful in his application for an open work permit. He recently got permanent residency after the express entry application was approved.

Elton claimed that his salary in Hong Kong was comparable to that of a deputy premier in a Canadian province, but had to leave because of the city's deteriorating political and human rights situation.
He said, "I am still young and ready to give up my career in Hong Kong.

He claimed that comments made by pro-Beijing lawmaker Junius Ho Kwan-yu last year had a particularly negative effect on him.
The MP caused a stir by criticizing Hong Kong's proposal to host the International Gay Games, calling the event "disgraceful" and any proceeds as "dirty money". "I know there is no future for me, and Hong Kong's political future also gives no way," Elton said in reference to Ho's comments.

After successfully applying for a study visa, Elton and his Hong Kong partner moved to Canada. The former civil servant created the "Hehe Immigrating" Facebook page to share his experience of migration with his partner and give advice on getting a driver's license and finding accommodation.

He hasn't got the job, at least not now. He has applied for over 100 jobs since moving to Toronto, but so far no one has made him an offer. I am looking for job with government and some NGOs but it is difficult to find clerical work also; In contrast, getting a job in the blue-collar sector is much easier, the man said. Employers expect applicants to have some knowledge of Canada.

Elton replied "yes and no" when asked if he was worried. He explained that he probably wants to study because he currently has enough savings.

According to a human resources consultant in Hong Kong, the city's population is aging and its birth rate is at an all-time low, meaning the number of talented, young workers is dwindling.

According to Alexa Chow Yi-ping, managing director of recruitment firm ACTS Consulting, the threat to the workforce stems from Canada's plan to bring in the young and educated.

She claimed that the government is also encouraging youth to work in the Greater Bay Area, which connects the cities of Hong Kong, Macau and nine Guangdong, and is offering subsidies for those who do as it is a potential drain of talent. was worried about.

Employers won't notice it right away as the majority cut costs or stop hiring during the pandemic, but they will have trouble hiring when the economy recovers, which could happen next year, according to Chou.

Beijing: Hong Kong's stability has been restored by the national security law 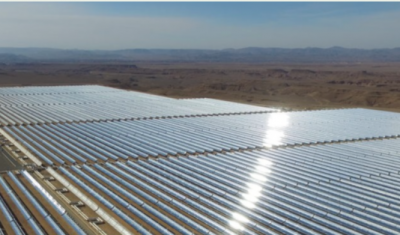