Russia: According to the Vedomosti daily, Russia is investigating Netflix after its public commissioner for family protection accused the streaming service of breaking Russian law on "homosexual propaganda." When streaming LGBT (lesbian, gay, bisexual, and transgender)--themed shows with a 16+ designation, the commissioner, Olga Baranets, protested to the Interior Ministry that Netflix was in violation of a 2013 rule that prohibits disseminating "propaganda on non-traditional sexual relations" to Russians under the age of 18.

In a report published late Wednesday, Vedomosti cited a source as saying that her appeal is being evaluated by the Moscow section of the Interior Ministry. Netflix did not respond to requests for comment. If proven to have broken the legislation, Vedomosti reported the corporation might face a fine of up to 1 million roubles ($13,400) and a temporary suspension of service.

Human rights organisations have slammed Russia's law. The European Court of Human Rights decided in 2017 that Russia's gay propaganda law violated European treaty principles, infringed on freedom of expression, and discriminated against LGBT individuals, a decision Moscow denounced as discriminatory. According to the publication, Netflix investigated their offering of programmes and films about the lives of members of the LGBT community earlier this month and discovered none with a 16+ label. 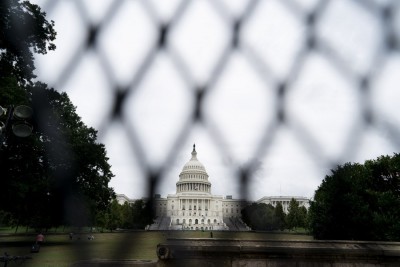