Lucknow: Bharatiya Janata Party leader and Unnao MP Sakshi Maharaj has recently given a controversial statement. This statement may cause a big controversy. He was a victim of Corona infection earlier. He is currently in home isolation and from there he has made controversial comments about Bakrid on Facebook. He has written a Facebook post about the Diwali fireworks. 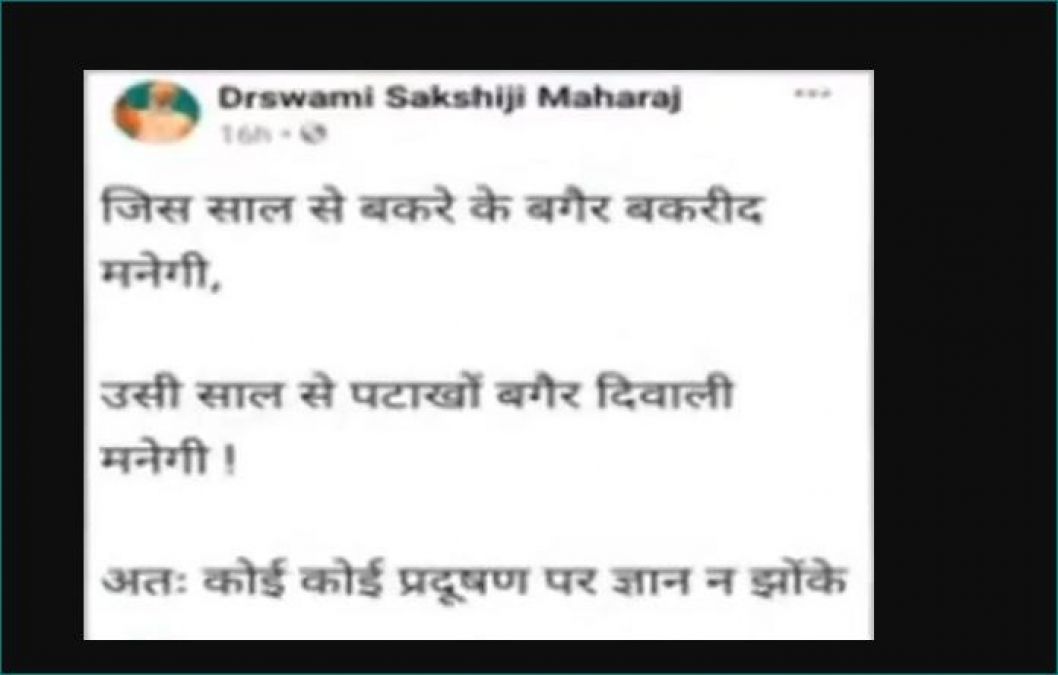 He has written, "In the name of pollution, not much knowledge should be given about firecrackers." However, this is not the first time MP Sakshi Maharaj has made such a statement. He has made such controversial statements many times before. He has often been in the headlines for his statements. He is currently battling a corona infection. He is currently in home isolation in Delhi. After giving Corona positive, he gave a message about this on Facebook. He wrote in one of his posts, 'All those in contact get the corona tested. According to the advice of the doctor, now I will be home isolated.'

Redmi Note 9 will launch in a great colour variant, Know its price