There is no way to know when and where a person can find love. Whoever said this thing must have said it very well, because today people know very well to give importance to their happiness. They know when they need someone with them. In such a situation, if age comes in the way, then there is no difference. Pakistani actress Atiqa Odho has shown similar courage. When she fell in love for the third time, she has also married her love beyond shame. Atiqa told her story and showed that what people say should not matter. How important is it for you to take care of your own happiness as well.

Third marriage in the presence of grandchildren: Now ten years have passed since Atiqa's marriage to Samar Ali Khan. Samar is the founder of Pak Tehreek-e-Insaf (PTI). Sharing her journey, Atiqa says, "We were family friends, we did many social work together before marriage. There came a time when we were single and we used to spend so much time together, so thought let's spend the rest of our life together. Love was only then it became possible because in this age nothing is possible without love.'' Continuing her point, Atiqa has further said that- "To get married at this age means to explain to everyone. The kids are big. They too have children. Many issues started in the family from Samar's side as well. My married daughter told me - Ammi what will I say in my in-laws' house? I told her that say that your mother is going to do halal work, not haraam.

Atiqa Odho said, "We knew there were going to be challenges in this marriage. We have big kids. My cousin was sitting on my lap at the time of marriage. But the same thing is that love has no age. If you really want something, you have to try to get it. If you have big children, then it is not good to get married with pomp. My elder sister said that if it happens, we will all be present. Well it will happen. There is a risk that it will not work. That too when you have faced many things before." Not only this, Atiqa Odho is one of the famous actresses of Pakistan. She started his career as a stylist. After this she did modeling and then worked in TV and Films. Atiqa also has its own famous cosmetic brand named Odho. 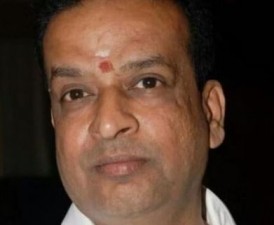