Lucknow: Political turmoil has increased in several states of the country over the past few years, while former Governor Aziz Qureshi has made a controversial statement on UP CM Yogi Adityanath, the country's largest state. He compared the Yogi government to satan and blood-drinking predators. Aziz Qureshi has termed the proceedings against Azam Khan as a battle between man and predator.

For your information, former Uttar Pradesh Governor Aziz Qureshi reached Azam Khan's house in Rampur, UP today (Sunday) and met his wife. This led to the controversial statement made by former Governor Aziz Qureshi. It may be noted that Aziz Qureshi tried to provoke the youth of Rampur. He said the youth of Ramupar should come forward and block the route. The action taken against Azam Khan is severe. There is more oppression than Ghaznavi, Abdali and Durrani.

Deputy Chief Minister Keshav Maurya has said that whoever uses undignified language will be dealt with. Mohsin Raza, minister in the same UP government, said that the people of the country and the state are watching who did what in UP before 2017. Aziz Qureshi himself has been the Governor here. They had seen a lot of incidents of robbery, murder, atrocities, and vandalism then. He himself will be able to answer why he is saying this today. The people of the state are with Chief Minister Yogi and BJP.

Terror of miscreants in Bihar, attack on policemen who went to raid

Varun Gandhi shared video of Kisan Mahapanchayat: 'Their pain has to be understood' 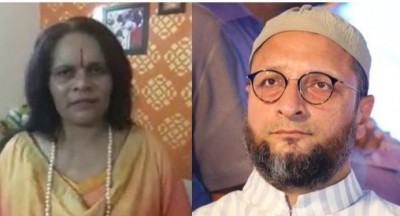