There is a big news about Farhan Akhtar. In fact, soon you are going to see Farhan in Marvel's new series 'Miss Marvel'. The actor has read the nikah with Shibani Dandekar in February this year. Amidst all this, once again good news has come for Farhan's fans. In fact, the actor will be seen in Marvel's new series 'Miss Marvel'. At the same time, by sharing this news, his wife reacted to it.

In fact, Shibani Dandekar has shared a post on Instagram. According to this post, Farhan Akhtar will be a part of the cast of Miss Marvel and will be seen in Marvel Studios' first Muslim superhero series 'Miss Marvel'. It is being told that it will show Iman Vellani as Kamala Khan, a Muslim American teenager who grew up in Jersey City. What will be Farhan Akhtar's role?- According to reports, Farhan Akhtar's character in 'Miss Marvel' has not been revealed so far. Although according to the reports, he will have a guest appearance, but it is going to be a very strong and important character.

You can see this big news, Shibani Dandekar wrote in the caption, "This!!! Can't wait for it!! First mainstream Indian actor to be a part of Marvel Universe! Proud of you. You all know that Shibani Dandekar and Farhan Akhtar had got married at Javed Akhtar-Shabana Azmi's farmhouse in Khandala on February 19 this year and as soon as the pictures of that nikah went viral, the news of Shibani's pregnancy caught the rounds. There was nothing like that though. 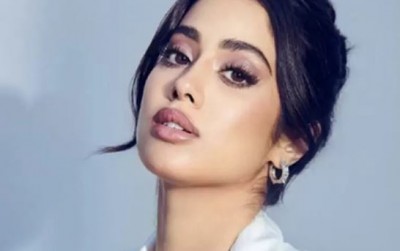