Before meeting, farmer says, 'Government should withdraw all three laws' Farmer leaders said that they are not ready to accept the MSP as less than the Guarantee Act. Farmer leader Jagjit Singh Dalewal said that the government should withdraw the three agricultural laws and bring guarantee laws on MSP. The government will have to accept the demands of the farmers. He further said that we have made this thing clear before, we are doing it even today and in today's meeting, we will remain focused on these things.

Man commits suicide as live-in-partner refused to marry him 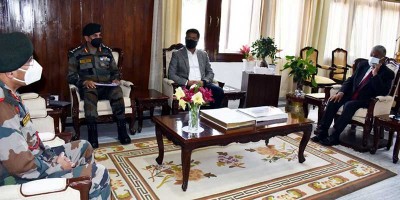