Jacob Peenikaparambil – Article - The legacy of Mahatma Gandhi can be summed up in contemporary terminologies as 1) Conflict resolution/prevention using non-violent means 2) Social justice that ensures equal rights, opportunities and dignity to all individuals  3) Sarvadharma Sama Bhavana and interfaith harmony and 4) Decentralized governance that reduces economic inequalities.

Relevance of non-violent approach to conflict resolution is proved again and again because of the failure of violent means to establish peace. The latest example is the failure of America in Afghanistan and recapturing power by the Taliban. Twenty years of military solution to establish democracy in Afghanistan by America failed miserably despite America spending 2.3 trillion dollars. The human cost of the war was 172403 deaths including American and allied soldiers, American and Afghan civilians, Taliban fighters, journalists etc, according to the data presented by Brown University. Gandhiji’s stand on the use of violence is proved once again. “I object to violence because when it appears to do good, the good is only temporary; the evil it does is permanent''.

Let the leaders of India remember what Gandhiji has said, “An eye for an eye will make the whole world blind”. Gandhiji also strongly believed that the end does not justify the means. The tendency to incite violence and take law into their hands by some groups should not be allowed. The constitution of India gives freedom to protest and dissent by using non-violent means. Not allowing non-violent protests and resorting to violence to achieve one’s goals are equally antithetical to the legacy of Mahatma Gandhi.

Gandhiji firmly believed in Sarva Dharma Samabhava and it is integrated into the Indian Constitution in the concept of ‘secularism’ or pluralism.  “My position is that all the great religions are fundamentally equal. We must have the innate respect for other religions as we have for our own. Mind you, not mutual toleration, but equal respect” Gandhiji wrote in Harijan on November 28, 1938.

A hugely diverse country like India PLURALISM is the only way for peace and harmony in society. Without social harmony economic progress and development will not be sustainable. Pluralism demands going beyond tolerance to acceptance, appreciation and celebration of diversity, especially in religion, culture and language.

Abolition of untouchability in the Indian Constitution, putting in place laws to prevent and caste based discrimination and providing affirmative action in the form of reservations to the Scheduled Castes and Scheduled Tribes have contributed towards social justice. Still crimes against the weaker sections of Indian society continue to rise in recent years. The criminal justice delivery system requires an urgent and complete overhaul so that the poor and the marginalized in India will be able to access justice.

Although Gandhiji’s views on Gram Swaraj or self-reliant village republics may not be fully practical today, decentralized development and reducing the growing economic inequalities are the need of the hour. There is a need for strengthening the three tier Panchayati Raj Institutions through devolution of more powers and resources. Similarly, strengthening the federal system of governance by devolving powers and resources to the States as per the provisions of our constitution is in tune with the legacy of Mahatma Gandhi. The Central and the State governments have to desist from making policies that widen the gap between the rich and the poor.

Most of the problems faced by India and many other countries can be solved, if the world is ready to follow the legacy of Mahatma Gandhi. Gandhiyan way can lead to a peaceful, harmonious, just and equitable world.

Read More article from the Author: 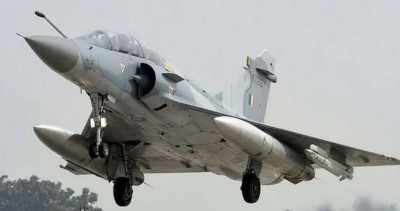