According to the people, who requested anonymity because the talks were private, the factories will produce cathode-active, or anode, material, a component needed to gauge the energy density of lithium-ion batteries used in cars. Huh.

According to the people, the talks are in their initial stages and may not result in an agreement. Posco Chemical is also discussing similar investments with other automakers, he continued. Representatives for Ford, Stellantis and GM declined to comment, and so did a spokeswoman for Posco Chemical.

Posco Chemical's chief executive, Min Kyung-joon, told reporters on November 1, without naming him, that the Korean company is in discussions with three automakers to build battery-materials plants in the US.

It already has a relationship with GM, having signed a $10.8 billion contract to supply battery material in July, bringing the value of its contracts with the US automaker to nearly $17 billion.

Ford is investing $50 billion in its shift to EVs, with plans to make 2 million annually by 2026, while GM is investing $35 billion to make its lineup fully electric by 2035. By 2030, 75 through 5 million vehicles will be sold annually. Electric models from Stellantis, the maker of Jeep off-roaders and Ram pickup trucks.

Due to the rapid transition to electric vehicles, suppliers of batteries and the metals they contain are becoming a major area of ​​competition for automakers.

The US government is pressuring automakers to reduce their reliance on Chinese batteries and materials, which is a significant obstacle as China is home to the world's two largest EV battery makers and is home to battery metals such as lithium, cobalt and graphite. is a major source. ,

The Biden administration's Inflation Reduction Act includes US measures that the Korean auto and battery industries have lobbied against.

Also Read: 7 Updates That Have Been Confirmed for the Tata Harrier

Posco Chemical may find it easier to comply with the changes by working with US automakers on battery plants because it will supply materials directly instead of producing them in nations without free trade agreements with the US.

This week, Posco Chemical expanded its cathode-active materials plant in the South Korean city of Gwangyang. According to the company, the plant, which is the largest in the world and has an annual capacity of 90,000 tonnes, could produce enough material for 1 million electric vehicles annually.

Most orders have already been scheduled for delivery by 2026, according to Chung Dahun, manager of the company's energy materials business unit. "We are also looking for a location in Europe for a new plant that can provide us with cheap electricity."

By 2030, the company expects to produce 610,000 tons of cathode-active material, which will capture about 20% of the global market. 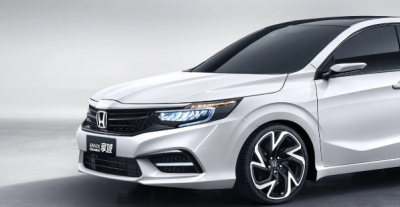