Fred Parris, the lead singer of the Harmony Group Five Satins, has died at the age of 85. Yes, as part of the recent information, Fred won fans' hearts in 1950 with Five Satins and In the Still of the Night. In fact, Fred Parris had been ill for quite some time, and his music manager Pat Marafiote said that the legendary singer died of illness on January 13. Tell you all that Parris lived in Hamden with his wife Ima.

Let me tell you that Parris worked as a Philadelphia military guard before the beginning of his career, and then when he fell in love, his girlfriend made him realize what he had come into the world to do. His girlfriend became his inspiration and he emerged as a rock star. Let me tell you that Parris, along with his Satins companions, recorded songs for New Haven at the Basement of St. Bernadette Church. Released in 1956, 'In the Still of the Night,' Parris was one of the projects that had made it to number 24 in the Billboard pop charts.

Apart from this, the song emerged as a multimillion seller. Let us also tell you that recently, there have been reports of the death of The French actor Gaspard Ulliel of the Marvel Upcoming series. In addition, Gaspard Ulliel has bid farewell to the world at the age of 37. The actor will be seen in Marvels' upcoming series 'Moon Night' and Gaspard's fans will be able to see him for the last time in the film. Let me tell you that the actor was the victim of the accident while skiing in France after which he was admitted to a hospital in hurry. He died thereafter. According to a well-known website, the incident took place last Tuesday afternoon with Gaspard Ulliel. According to the report, it was reported that Gaspard Ulliel had gone for skis in Montvalezan Town in southeastern France. That's where the incident happened to him. 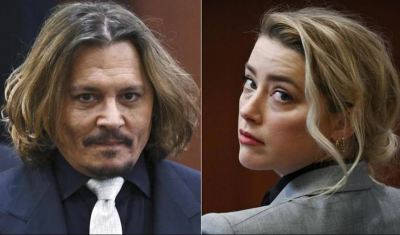