"Give me a chance, I will improve all schools in Haryana..." Kejriwal speaks at Kurukshetra rally Chandigarh: Aam Aadmi Party convener and Delhi Chief Minister Arvind Kejriwal on Sunday reached Kurukshetra in Haryana, where he addressed a rally. Due to this, he launched a scathing attack on the Bharatiya Janata Party (BJP).

Due to this, CM Arvind Kejriwal started the speech with the slogan of 'Bharat Mata Ki Jai'. "I like it the most when people call me the Laal of Haryana. Haryana is my birthplace and it is like a mother. He said that the debt of the mother and the janmabhoomi cannot be paid even in 7 births by a man. The Chief Minister said that people are saying that there was a storm in Haryana from Delhi and Punjab. He said that there is going to be another big storm in Haryana. He further said that when the one above wields a broom, the storm comes.

Arvind Kejriwal said, "Give me a chance, I will improve all the schools in Haryana." Delhi government schools are proof. The children of the poor will also become engineers and doctors. We have not allowed private schools in Delhi to increase fees in the last seven years. The rally has now been renamed as Haryana. 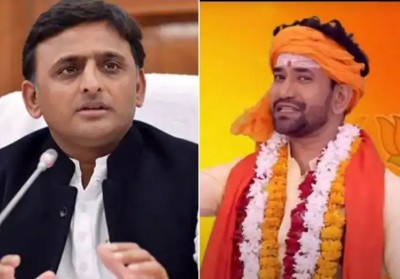