New Delhi: The Delhi government has provided respite to the citizens by lowering petrol prices. Following a cabinet meeting on Wednesday, it was resolved to lower VAT, resulting in a Rs 8 reduction in the price of a litre of fuel. In the meeting, the Delhi government decreased the tariff on fuel from 30% to 19.40%. After that, starting today, the price of fuel would be reduced by Rs 8. The higher gasoline prices are set to go into effect at midnight today.

Since the beginning of the year, diesel and petrol prices have been skyrocketing across the country. The Central Government has finally provided presents to the people on the occasion of Diwali, after several days of rising oil prices. The excise charge was decreased by five and ten rupees, respectively, by the government. Following it, the price of gasoline and diesel dropped. Following the Centre's decision, most NDA-ruled states decreased their state's tariff on gasoline and diesel. A few days later, the Congress governments in Punjab, Rajasthan, and Chhattisgarh came to the same conclusion and provided assistance to the people.

This cabinet meeting was held at 11:30 p.m. Oil companies have also not increased petrol and diesel prices since the excise duty cut. According to Indian Petroleum Marketing Company Indian Oil Corporation (IOCL), petrol and diesel rates are still stable on December 1. Petrol in the national capital Delhi rests at Rs 103.97 per litre, while in Mumbai it is Rs 109.98 per litre. However, the new rates will be implemented from midnight after petrol prices in the capital come down by Rs 8. If oil companies do not change petrol prices on Thursday, then one litre of petrol is going to be available for around Rs 95. In addition, diesel is being sold at Rs 86.67 per litre in Delhi and Rs 94.14 per litre in Mumbai. In addition, petrol price in Kolkata is selling at Rs 104.67 while diesel is selling at Rs 89.79 per litre. In Chennai, petrol is also stable at Rs 101.40 while diesel at Rs 91.43 a litre. 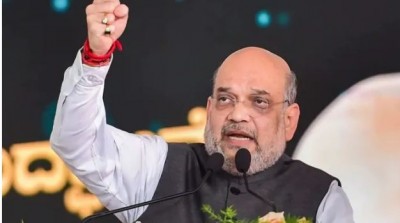