Guwahati: The Lokpriya Gopinath Bordoloi International (LGBI) airport in Guwahati, Assam, has dismissed media reports claiming that women employees have been banned from wearing traditional clothes at the airport. The airport is operated by Adani Group. A large media house in Assam had published news about the ban. But, the airport management has denied the claim from its official Twitter account. 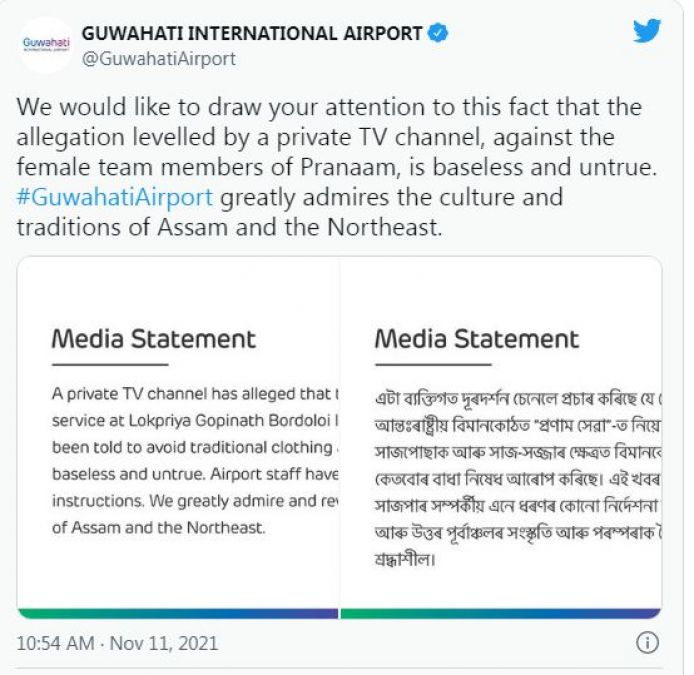 A statement issued by the airport management said, "A private TV channel has alleged that women employees of 'Pranam' service have been instructed not to wear traditional clothes and jewellery at the Lokpriya Gopinath Bordoloi International Airport. This is a completely baseless and false allegation. No such order has been given to the airport staff. We appreciate and respect the culture and traditions of Assam and the North-East.'' 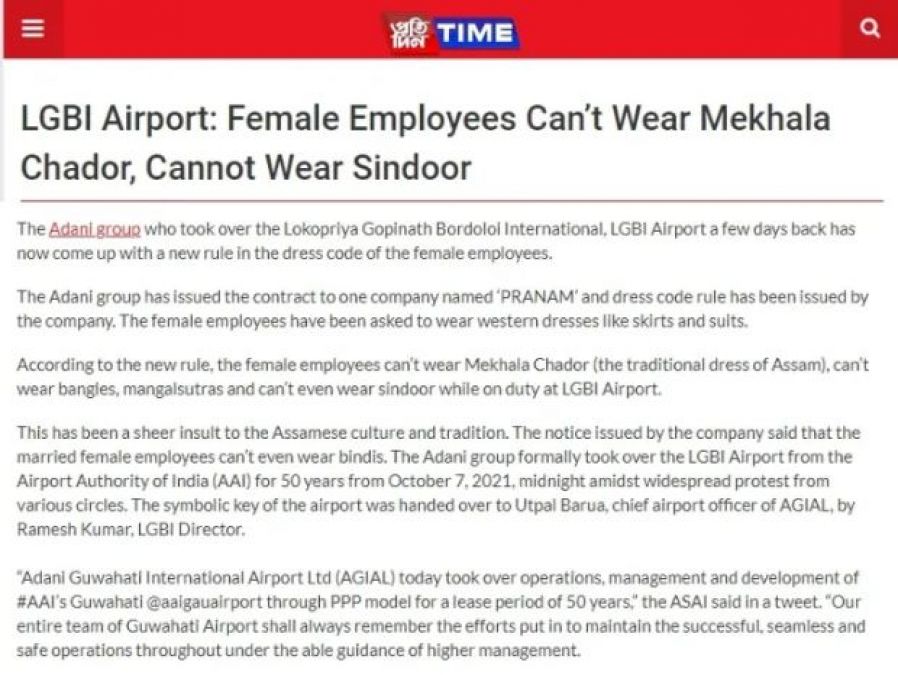 The channel that spread this news is Pratidin Times. It is run by the Left Media House Sadin-Pratidin Group. The media house also runs the state's largest daily 'Asomia Pratidin.' Pratidin Times had claimed in its report that Adani Group has tendered a company called 'Pranam.' The said company (Pranam) has issued a dress code prohibiting women employees from wearing traditional clothes. The news also claimed that women employees are not being allowed to install vermilion and bindis. But the airport management has denied all those claims.

If there is any terrorist in your locality, won't you kill him? - CDS Bipin Rawat