The 51-year-old singer and the country music star, 45, got engaged in October last year after five years together, and it seems the couple could be ready to tie the knot in the near future, as they’ve reportedly applied for a licence to legally marry.

Gwen and Blake applied for the document through the Johnston County Court Clerk in Oklahoma.

In the county, marriage licences are valid for 10 days after the date of issuance, meaning the couple could be set to marry this month if their application is approved.

"Ever since they got engaged, they have both been adamant that no wedding will happen until it's safe for family and friends to attend. Gwen expressed early on that she really wanted a summer wedding. She was upset earlier this year when it seemed to be no end in sight for the pandemic. She slowly started planning the wedding this spring though.”

Gwen’s sons – Kingston, 15, Zuma, 12, and Apollo, seven, whom she has with her ex-husband Gavin Rossdale – will be “very involved” with the ceremony. 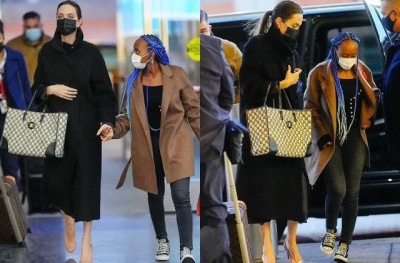