BEIJING: Wall Street veteran, Harvard Law School graduate, and New York State recruiting attorney, Michael Zhang Wen, isn't a tech nerd, but he is at the forefront of China's efforts to reduce its reliance on American artificial intelligence . AI) chips. Zhang is president of Biren Technology, a start-up based in Shanghai, which he founded in 2019 with a focus on graphics processing units (GPUs), a class of chips needed for machine learning and big data applications. Until recently, China's state-of-the-art GPUs were supplied entirely by the American company Nvidia Corp.

However, Washington's decision last month to limit exports of Nvidia's premium A100 and H100 chips to China has raised questions about that country's ability to continue developing technologies ranging from artificial intelligence to smart cars. Finding alternatives to Nvidia and GPU chips from Advanced Micro Devices (AMD), which are subject to export restrictions, has become more urgent in China as a result of the US move. Incidentally, Biren announced the BR100 7-nanometer GPU in August. The company claimed that the BR100's peak performance was three times better than comparable products on the market, leading some to believe the three-year-old start-up could become China's Nvidia.

For Zhang, who on social media defines an entrepreneur as "dare to dream", the time has come to demonstrate that the company raised 4.7 billion yuan (US$655 million) from major venture capital funds. ) Biren can distribute after raising. such as Kiming Venture Partners, IDG Capital, and Citic Securities Investments within 18 months of its founding.

Zhang said he served as the company's "headhunter" in an interview with regional magazine Chinese Entrepreneur in July 2022. According to Zhang, who was quoted in the article, Biren would be successful if he could hire half the people on the list that a Harvard alumnus compiled of the best talent in the GPU industry.

At the 2019 World AI Conference in Shanghai, Zhang met Hong, and after two talks, he persuaded her to join him as chief technology officer. In 2020, former AMD global vice president Lee Shinrong, who spent 15 years working for the US company, joined as co-CEO of Biren.

Qiming's partner Zhou Zhifeng said Biren was a "perfect" team when they decided to invest. In a Chinese Entrepreneur article, reprinted on the Qiming website, he was quoted as saying, "Most peer teams are led by directors [and] vice-presidents who left a chip giant and started their own business." Brought some juniors with him. "If the team's scope is limited, it is very easy for them [to be good at one specific thing] but get dragged by their other shortcomings ... We found Zhang Wen's team to be generally reliable.

Compared to CPUs, or central processing units, GPUs are built for computations that require more power. They accomplish this by performing tasks in parallel, which involves using multiple processors. Biren's BR100 is a general-purpose GPU, which means it can be used for a wide range of computing applications other than consumer electronics graphics.

According to analysts and industry insiders, China's semiconductor market is becoming a target as Sino-US relations deteriorate, creating both opportunities and challenges for firms like Biren.

According to Wang Lifu, an analyst at the research firm ICWise, "US sanctions have created a window for major international GPU makers [such as Nvidia and AMD] to hand over a share of the domestic Chinese market [to domestic GPU start-ups] to the opportunity." and making [the end user market] deeply aware of the need for home replacement." Wang continued for the domestic industry to be "still in the early stages with a low market share percentage".

According to William Wang, CEO of Shanghai-based consultancy IC Cafe, the domestic GPU start-up still lags far behind Nvidia in terms of technology. Chinese companies have "capacity in some areas, but they are also affected by US sanctions in areas such as tape out [where the final design is sent for manufacture]." According to Wang, opportunities and hopes abound, but dangers also exist.

In recent years, several Chinese GPU chip start-ups have emerged, receiving funding from both the public and private sectors. For example, Shanghai-based Iluvatar CoreX has tie-ups with the CECport supply chain platform and the Shanghai Supercomputer Center, both of which are backed by the government. It has been released extensively with its Tiangia 100 chip. Moore Threads and Denglin Technology are two other start-ups in the space that have received media attention. They are both focused on the domestic GPU market, which Verified Market Research, an Indian company, predicts will increase sevenfold to US$34.6 billion between 2020 and 2027. 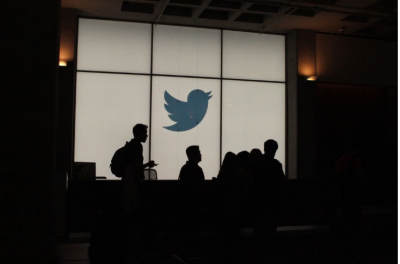