BEIJING: The online literature division of Chinese tech giant Tencent Holdings announced on Monday that it would be shutting down its e-reader service, the latest sign of a withdrawal from China Big Tech's non-core businesses.

As of October 26, users of China Literature's Kodaiyu e-book reader, which translates to "pocket reading", will not be able to purchase new books through their devices because online services for the device are being shut down. Previously downloaded titles will remain readable.
The Tencent spin-off unveiled its e-reader in 2019 with a 5.2-inch e-ink screen and a built-in cellphone. It entered a crowded market at the time that was largely controlled by Amazon's Kindle.

Also Read: China is undoubtedly the birthplace of the first cloned wolf in history

However, the widespread use of smartphones and the growing popularity of short-video apps has hindered the development potential of specialized electronic reading devices.

Tencent already runs a standalone app called WeRead that charges 19 yuan (US$2.7) per month for customers to get unlimited access to all the titles on its platform.

According to the company's official store on e-commerce site JD.com, most of Coudaiyue's flagship products are out of stock. According to China Literature, any unused credits on Caudiu will be transferred to the company's two other online reading services, QQ Reading and Kidian.

Tencent and other Chinese tech giants have ended several service offerings this year as they struggle with regulatory uncertainty, a deteriorating economy and declining consumer confidence.

According to data from app analytics service Qimai, the Shenzhen-based social media and video game giant, which was once credited with "owning half of the mountains and rivers" in China's Internet sector due to its extensive investment portfolio, So far it's closed. About 30 mobile games.

Tencent's ten-year-old was among the few title losers. In August, the company shut down Kandian, an app for reading news.

Tencent reported a slight decline in revenue last month, after eliminating about 5,500 jobs from its payroll during the second quarter.
The company denied media reports last week that it was considering selling its investment in Meituan. 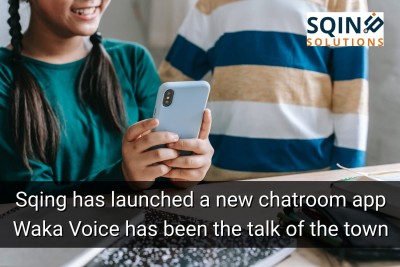