Hindi is a language that has a union of love and goodwill. Such a union is not in any other language. Hindi is said to have brought Arya and Parsi to India. Most of the words in Hindi are derived from Sanskrit, Arabic and Persian. It is another matter that most of the English words are taken from Hindi. Hindi also has a mixture of local languages like Awadhi, Braj etc. That is why Hindi is also known as the language. Lalit Saraswat, who researched Hindi, explains that the first poem of Hindi (vertical dialect) was written by India's popular poet Amir Khusro.

1- On September 14, 1949, the Constituent Assembly decided that 'Hindi' would be the official language of India.

2- Literature on the history of the Hindi language was earlier written not by an Indian but by French writer Grasin the Taisi.

3- The Hindi language has been granted national language status under Article 343 in the Devanagari script in 1950.

4- The first poem of Hindi (vertical dialect) was written by the popular poet Amir Khusro.

5- An interesting fact about Hindi is that Hindi is basically a Persian word.

6- The first detailed survey on Hindi and other languages was conducted by an Englishman, Sir George Abraham Grierson.

7- While the Roman script of English has a total of 26 characters, the Devanagari script of Hindi has twice as many 52 characters like that.

8- The theology of Tulsidas, the first research work on the Hindi language, was first presented by Jr Carpenter, an English scholar, at the University of London.

9- In 1977, the then External Affairs Minister Atal Vihari Vajpayee addressed the United Nations General Assembly in Hindi for the first time. 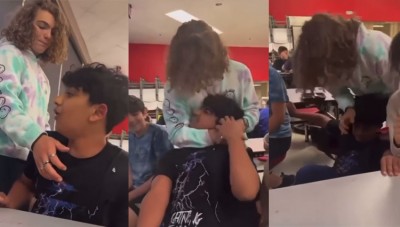