The Union ministry of home affairs said to sought a report from the West Bengal government over alleged incidents. In the state “post-election violence against opposition political workers,” has led to deaths of party members.

MHA posted on official Twitter handle writing “MHA has asked West Bengal government for a report on the post-election violence targeting opposition political workers in the state.” After reports emerged of alleged attacks on political workers after hief minister Mamata Banerjee’s Trinamool Congress swept the eight-phase assembly elections. Earlier in the day, West Bengal governor Jagdeep Dhankhar summoned the state’s director general of police over the “alarming” law and order situation. The state unit chief of BJP, Dilip Ghosh speaking to ANI claimed nine of its workers lost their lives within 24 hours of the post-election violence breaking out in West Bengal. The BJP, which has a government at the Centre, won 77 of the seats for which votes were counted on Sunday. Meanwhile, the TMC won 213 seats, according to the Election Commission of India website from 294 seats. The BJP has blamed the TMC for the violence.

Banerjee will take oath for a third term on Wednesday. Despite her party’s win, she was defeated in a close contest from the assembly constituency of Nandigram by her former close aide, the BJP’s Suvendu Adhikari. 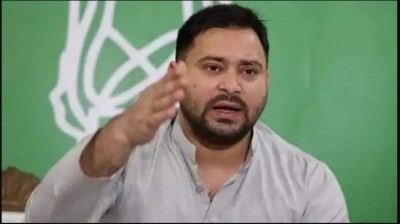