After facing criticism and trolling for the dialogues in Part 1: Shiva of Brahmastra, Ayan Mukerji has promised "better dialogues" in Part 2: Dev. Many Brahmastra viewers commented on social media that the dialogue in the mythological movie, which was in both Hindi and English, sounded awkward. Others made fun of Alia Bhatt's character Isha for repeatedly using Shiva's name throughout the movie.

In the second half of the movie, Ayan Mukerji wants to give fans better dialogue. He has graciously accepted the criticism. The remark was made as he discussed the three-year interval between the first and second installments of his intended trilogy.

He spoke with Sony Music India, "Take a look at Baahubali; two years go by quickly. Since our nation is so vast, I estimate that it will take everyone six months to see Brahmastra alone. If we could have given you Brahmastra 2 the following year, that would have been incredible. It would have been fantastic for me, and I would have loved it."

Added Ayan, "However, it was extremely difficult to manufacture Brahmastra 1 in India; it is a fully "Made in India" product. It is now a very very big challenge to even get Part 2 done in 2-3 years. It is a very, very big challenge to make it at the same quality with better dialogues (laughs) and more exciting storytelling."

In a previous press conference, Ayan had stated that because the lead characters Shiva and Isha are "modern contemporary characters," he and dialogue writer Hussain Dalal, who also co-wrote the dialogue for his most recent movie Yeh Jawaani Hai Deewani, had written these kinds of lines for Brahmastra. While Alia plays his girlfriend Isha, Ranbir Kapoor portrays Shiva, a DJ.

Ayan also admitted that since it is a personal habit of his, it was he who forced Alia's Isha to repeat Shiva's name. He said to NDTV, "It's become a habit of mine to frequently use people's names when I speak. That was therefore kept in the script and included in the movie as well."

Shiva in Brahmastra Part 1 released on September 9 in theatres. Amitabh Bachchan, Nagarjuna, Mouni Roy, and Shah Rukh Khan were among the other actors who appeared in it. 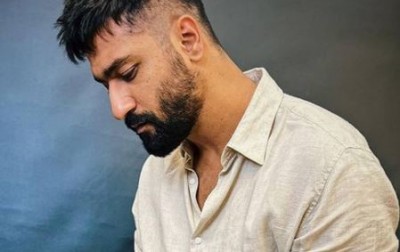