New Delhi: Exposing Pakistan's hypocrisy on minorities, India strongly raised the issue of hardliners breaking a Hindu temple in Pakistan under the leadership of a cleric in the United Nations (UN). India said terrorism, violent extremism, radicalism, and intolerance are on the rise in the world. This has posed a threat to terrorist activities and destruction in religious and cultural heritage sites.

In the UN, India said that the latest example of Pakistan's double-ness was recently seen in the Karak district of Pak. Where in December 2020, fundamentalists attacked a historic Hindu temple, and the radical mob-handed him over to the fire. Imran Khan's government remained a mute spectator on the issue. Pakistan often tries to surround India with Muslims in the UN, but this time India has given it a face-off of atrocities on Sikhs and Hindus.

India said, "The remembrance of the fundamentalists in Afghanistan for the breaking of lord Buddha statues is still in our minds. The militants carried out a cowardly attack on a Gurudwara of Sikhs in Afghanistan, killing 25 Sikhs. Recently, a Hindu temple in Pakistan's Karak district was handed over to the fire by a mob. It was done there with the clear support of the administration. When the temple was being demolished, the administration stood as a mute spectator.'' 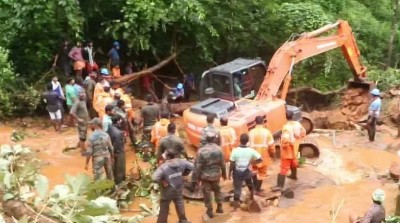