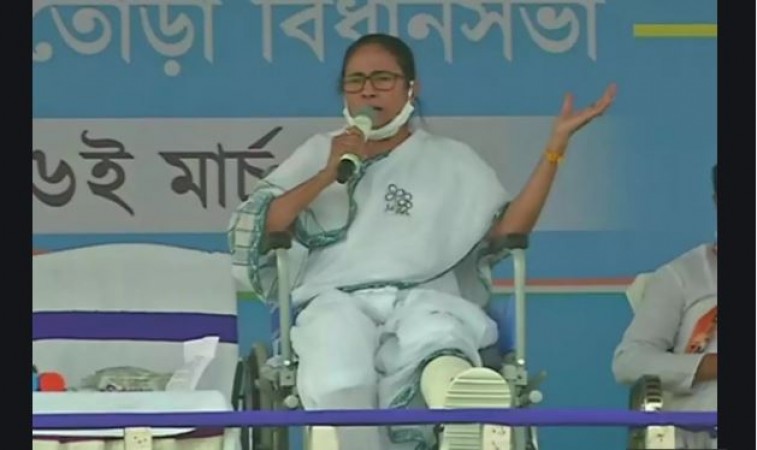 West Bengal Chief Minister Mamata Banerjee on Tuesday said the  BJP is "conspiring" and if it is voted to power it will "suppress" the voice of the people.

Showing her fighting spirit with an injured leg she said, "I will continue my fight and BJP will have to play on March 27." Stating herself as an injured tigress Banerjee said, "An injured tigress is more dangerous. I will play with one leg only with the support of the two legs of my daughters and mothers."

Addressing a public meeting in Mejia, sitting on a wheelchair, Banerjee said, "During elections, they (BJP) purchase people to attend their meetings as they do not have people to support them."

She also mentioned, in Hindi "No matter how much BJP tortures me. I do not care. The one who hits me will be crushed ." Taking a dig at Home Minster Amit Shah, Banerjee said, "They cannot stop me by threatening. They are creating a conspiracy where CBI and ED will be sent." She asserted that people will peacefully take revenge by voting for TMC.