The website of the ministry cited Amir-Abdollahian as saying, "Nuclear weapons have no place in the concept of the Islamic Republic of Iran and are opposed to our policies and values.

He referred to the religious decision of Iran's Supreme Leader Ali Khamenei, which forbids the possession and use of weapons of mass destruction, including nuclear weapons, saying that "the supreme leader's fatwa about the use of nuclear weapons is plain for everyone."

He emphasised the need of fully implementing the landmark nuclear disarmament agreement known as the Nuclear Non-Proliferation Treaty. He also said that Iran is willing to work with other countries to create a nuclear weapons-free region in the Middle East if necessary.

He said that while Iran has been committed to reaching a "strong and stable agreement," the success of the talks also depends on Washington's "willingness for an agreement," as well as its "necessary flexibility and realism in practise," in regards to the ongoing negotiations in Vienna to revive the 2015 nuclear deal. In an effort to settle outstanding concerns over the implementation of IAEA safeguards in Iran, Amir-Abdollahian urged the International Atomic Energy Agency (IAEA) to refrain from politicising the technical aspects of Iran's nuclear programme.

After a five-month break, a fresh round of negotiations to resurrect the nuclear agreement, officially known as the Joint Comprehensive Plan of Action (JCPOA), started on Thursday in Vienna.

In exchange for the lifting of sanctions, Iran agreed to limit its nuclear programme when it signed the nuclear agreement with world powers in July 2015. Donald Trump, a former US president, forced Washington to leave the accord.

The JCPOA revival negotiations got underway in the Austrian capital in April 2021, but they were put on hold in March 2022 because to political disputes between Tehran and Washington.

shelling damages the power lines at the nuclear plant in Ukraine 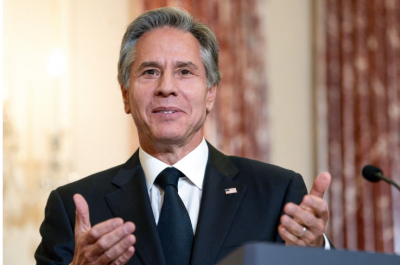