Blinken reportedly made the remarks after he met with Kuwaiti Foreign Minister Sheikh Ahmad Nasser Al-Mohammad Al-Sabah to discuss bilateral ties and regional issues. He said that the US is willing to reach an agreement with Iran, urging Iran to make the decision, adding that "the ball is in Iran's court." The Iranian side has been blaming the United States for "violating their promises and commitments" to the agreement, formally known as the Joint Comprehensive Plan of Action (JCPOA)

The US government under former President Donald Trump withdrew from the JCPOA in May 2018 and unilaterally re-imposed sanctions on Iran. In response, Iran gradually stopped implementing parts of its commitments to the deal from May 2019. The parties recently said serious differences remain between Iran and the United States over the revitalization of the deal after six rounds of talks. Meanwhile, on the US relations with Kuwait, the US top diplomat said that his country is committed to strengthening the partnership and cooperation with Kuwait. Blinken praised Kuwait's role and efforts to resolve the Gulf. 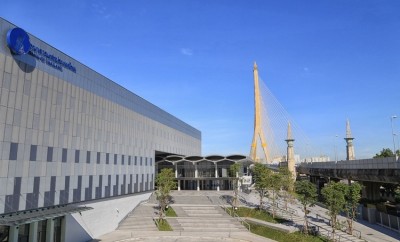