In Pictures: Want to know how Irrfan Khan is looking after treatment? Irrfan Khan, the actor who earned the limelight and fame not because of glamour but due to his talent and perfectness with which he played every single role. Despite being diagnosed with the rare neuroendocrine tumor his contributions are getting hit on the silver screen.

However, his last project Blackmail’s success was not as usual but his upcoming movie named Karwaan with Dulquer Salmaan and Mithila Palkar seems promising and have makers have great expectations from the comedy-drama.

The actor now is in London for his ongoing treatment and recovering slowly and steadily. There a small glimpse of him after a long time witnessed in which he can be seen as he loosed weight after the treatment. He posted his recent picture on his Twitter handle which must have given a slight happiness to his fans and friends. 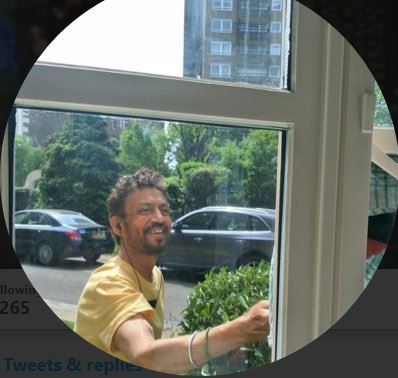 For those who are oblivious, Irrfan have reported about his disease in March with some overwhelming words which must have brought tears in readers eyes. “Life is under no obligation to give us what we expect”: is the quote he referred to his then condition. 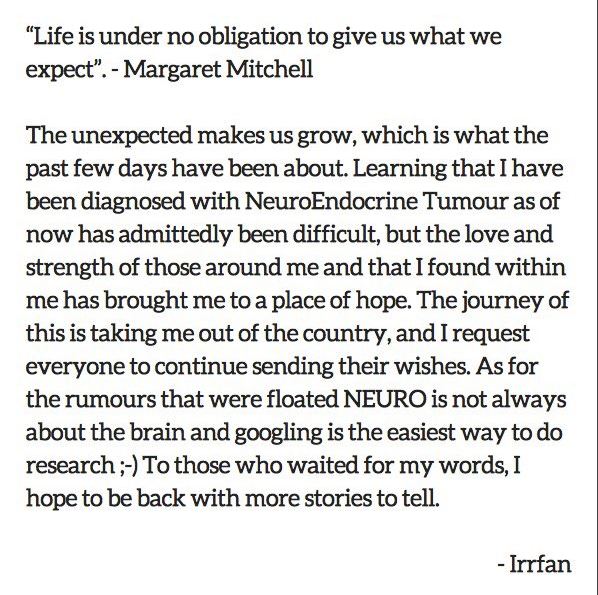 The worst news for his fans in India is that recently the actor said that he don’t know that when he is coming back to India. Notably, he will not be the part of promotion spree for his upcoming movie.