Is it hate speech to talk about 'shooting the traitors' of the country? The High Court will decide New Delhi: The Delhi High Court will pronounce its verdict on Monday, June 13, on a petition filed by CPIM leader Brinda Karat challenging a lower court verdict. In fact, the lower court had turned down a petition filed by Brinda Karat seeking registration of an FIR against Union Minister Anurag Thakur and BJP MP Pravesh Verma for allegedly making inflammatory speeches in 2020.

A bench of Justice Chandradhari Singh, which had reserved its verdict in the case on Monday, had reserved its verdict on March 25, 2022. Brinda Karat had in October 2021 challenged the lower court order which was set aside on the ground that requisite permission was not taken from the competent authority, which is required under the law. The trial court in its order had said that as per Section 196 of the Code of Criminal Procedure (CRPC) at the stage of order to file an FIR, prior approval of the competent authority of the central government is required, as both the persons are members of Parliament.

CPIM leaders Brinda Karat and K.M. Tiwari had filed a complaint before the lower court and sought a direction to the Parliament Street police station to file an FIR against Anurag Thakur and Pravesh Verma. During the campaign for the 2020 Delhi assembly elections, Anurag Thakur had raised the slogan of 'Desh ke gaddo ko, goli maaro saalon ko' in his speech. Which was considered a hate speech and a case was registered, however, Thakur did not name anyone. But now the court will decide how much hatred there was in the Union Minister's words and if there was, then for whom?

Naveen Jindal escapes with family after threats from Islamic fundamentalists.

If Islam is a religion of 'peace', then why insist on 'hanging' Nupur Sharma? 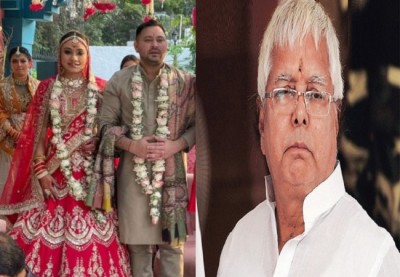 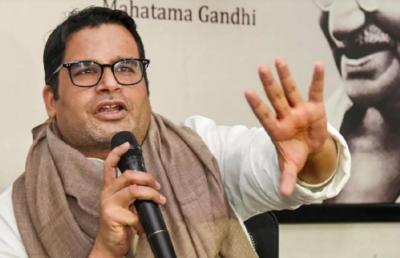