Kochi: Askar Ali of Kerala, who had declared to renounce Islam, was attacked by a Muslim mob in Kollam on 1 May 2022. Then there was an attempt to kidnap him as well. He had disclosed that he had been sexually abused during his studies. Now Askar Ali has made many more surprising revelations. He has told that during his stay as a Muslim, he was refused even to join the army. Talking to the media, Askar Ali said, 'We were taught to hate other communities. We even refused to go to the army. It was said that in the army people of their own fraternity (Muslims) will have to be killed which is against our principles. Those who want to infiltrate the border of India, are they, not Muslims? In the army, we will be pressurized to kill those infiltrators. Our religion does not teach us to kill any other Muslim.'

Asker Ali told 'This education I am getting is really very dangerous. Not only did he tell these things to us, but they are spreading this thinking in our entire society. Banning an organization does not mean that that thinking has been put to an end. Islam will remain the same. Islam is the real fascism.' Please tell that Askar Ali is a resident of Mallapuram. He has done 12 years Hudavi course from an institute there. He says, 'I studied it in detail before leaving Islam. What I read during the Hudavi course compelled me to do so (leave Islam). Those who leave Islam are seen by their family members as lowly creatures. I have been receiving death threats from my relatives and other fundamentalist elements ever since I announced to leave Islam.'

Let us inform you that on Sunday (May 1, 2022), Askar Ali reached an event organized by 'Essence Global,' an organization promoting 'scientific thinking, humanism and the spirit of reform of society.' Here he had to share his experience as a student of Islamic studies. According to Askar Ali's complaint, 'A group of people tried to kidnap me in Malappuram. I was also assaulted after I was taken to Kollam beach. They broke my mobile phone and tore my clothes. There was an attempt to force me into a vehicle. But police reached the spot after local people raised an alarm and rescued me.'

'Shaheen Bagh,' which is epicentre of anti-CAA protests, will be bulldozered today 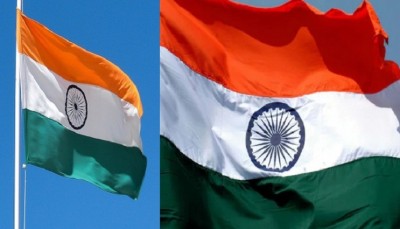