There is bad news for fans of famous Bollywood film superstar John Abraham. In fact, the actor's Instagram account has been hacked. The hackers have deleted all the posts of the actor. Fans are getting a little disappointed for the actor. John Abraham has about 9.3 million followers on Instagram. On the other hand, when it comes to posts, it was in large numbers, but now zero posts are showing there. In addition, the actor's account has also got a blue tick.

The same is yet to be reported as to who is the hackers. John Abraham's 'Satyamev Jayate 2' has been released recently. The movie has not done much at the box office. The film has not been much talked about among the audience. John Abraham's opposite Divya Khosla Kumar is seen in the film. This is Divya's first movie with John. 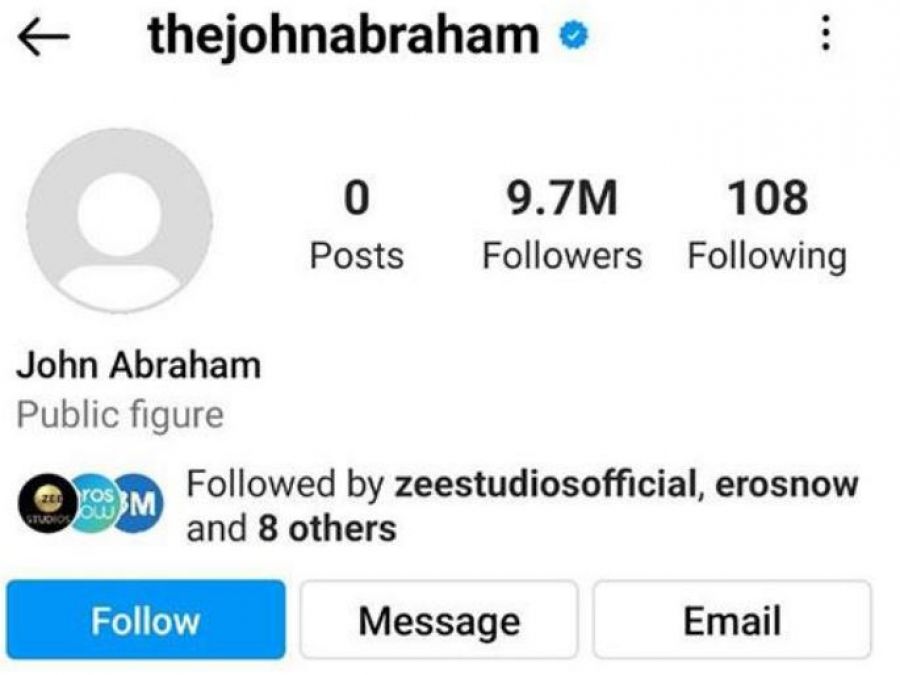 John Abraham, who started his career in modelling, is one of the famous stars of Bollywood today. He has made his mark in Bollywood even after being an outsider. Very rarely does it happen when a producer/director invests money on John and lets him down. John Abraham gives his 100 percent in every movie. John Abraham has not one, but two luxury houses.

Ankita-Vicky's wedding reception won't be special because of this