Kangana to be seen as former PM Indira Gandhi, announced her new project Bollywood actress Kangana Ranaut has been making headlines for her films. She tells about her new film every day. Kangana has made her mark in the hearts of the people with her excellent films. Nowadays she is also paying big attention to the biopic. She has just completed shooting for his film Jayalalithaa. Now after this film she is gearing up to do a new biopic. This time Kangana will be seen playing the role of former Prime Minister Indira Gandhi under the information received. She has also started preparing for it.

Kangana Ranautgi@kanganarofficial
New journey brings lot of new emotions, started prep for #Emergency #IndiraGandhi , this process is called taking cast and scans, for prosthetics to get the look for the part perfect, also started work at Manikarnika films office? need your blessings

Let us tell you that Kangana herself shared a video on social media about it. She posted a post saying that he has started shooting for her new film. Whose look is all set to be perfect. Meanwhile the most important thing is that Kangana is going to direct the film herself. She himself has announced this.

You can see Kangana revealed on social media platform Koo that no one can direct the film better than her. You can see Kangana Ranaut wrote in the caption, "I am ready to wear the director's hat once again. It's been a year since I worked on an emergency. I now understand that no one else can direct this film better than me. I am very excited. It's going to be a great journey". 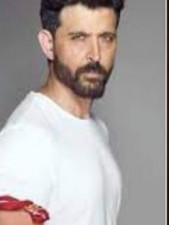