This is what the advisors of Punjab PCC President,Sidhu,opine about Pak & Kashmir:
Pyare Lal Garg says : ?Criticism of Pakistan is not in the interest of Punjab?
Malwinder Mali says : Kashmir is a separate State and India is an illegal occupant.
Rahul Gandhi any answers?#Shame pic.twitter.com/sh8JZU3V5D

Sidhu's advisor Malvinder Singh Mali had recently spoken in a social media post on the issue of abrogation of Article 370 of the Constitution, under which the then State of Jammu and Kashmir had a special status. Not only that, he had reportedly said that if Kashmir was part of India, what was the need to remove Sections 370 and 35A.

On the other hand, Punjab Chief Minister Amarinder Singh on the other hand strongly objected to the recent statements of two advisors of Navjot Sidhu on issues like Kashmir and Pakistan last Sunday and warned against such brutal and misthinking remarks which are potentially dangerous for "stability and peace of the state and the country". In fact, he urged Sidhu to rein in his advisers. "Don't speak on matters he clearly has little or no knowledge of and no understanding of the implications of his comments," he told his advisers. 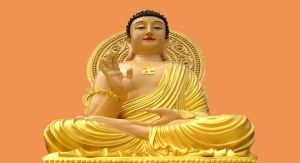