Kochi: A shameful case has come to light in Kerala. Police officials were also shocked to hear the statement made by the 17-year-old victim during counselling at nirbhaya centre. According to the statement, the minor girl has been sexually assaulted by 44 different people in the last four years. After interrogation and preliminary enquiry, police have registered 32 separate cases in the case.

According to police, 44 people were sexually assaulted by a 17-year-old minor in Pandikkad area of Malappuram district of Kerala. There were incidents of rape and molestation and it happened more than 32 times. The police has so far arrested 20 people in the case. According to the information, the victim has been harassed since the age of 13. The first incident took place in 2016 and in 2017 she had to undergo the same pain. Then she was kept in the home and told her mother about a year ago. She was missing after leaving the home and was spotted in Palakkad in December.

From where the police took her to nirbhaya centre, her counselling was initiated under regular procedure. Police said that not one of the accused is a relative, though the police have not released the names of the accused for legal reasons, which may also reveal the identity of the victim. According to police, the victim has made a statement against all the 44 accused. 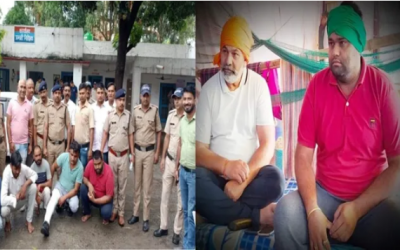