Due to the covid pandemic, the film industry is under the hammer and witnessing loss. In the same vein another Flick starring Kichcha Sudeep Vikrant Rona has been postponed. "We will soon announce the new date," the film's producers said in a statement. The makers of Vikrant Rona also mentioned that the cinematic experience will be worthy of patience.

"Despite our willingness to meet you all at the cinemas on February 24, the present Covid scenario and the prevailing restrictions are not favourable for a grand release across the globe. We understand that the wait can be excruciating but we promise that the cinematic experience will be worthy of your patience. We will soon announce the new date on which the world will meet its new hero," read the official statement released by the makers. 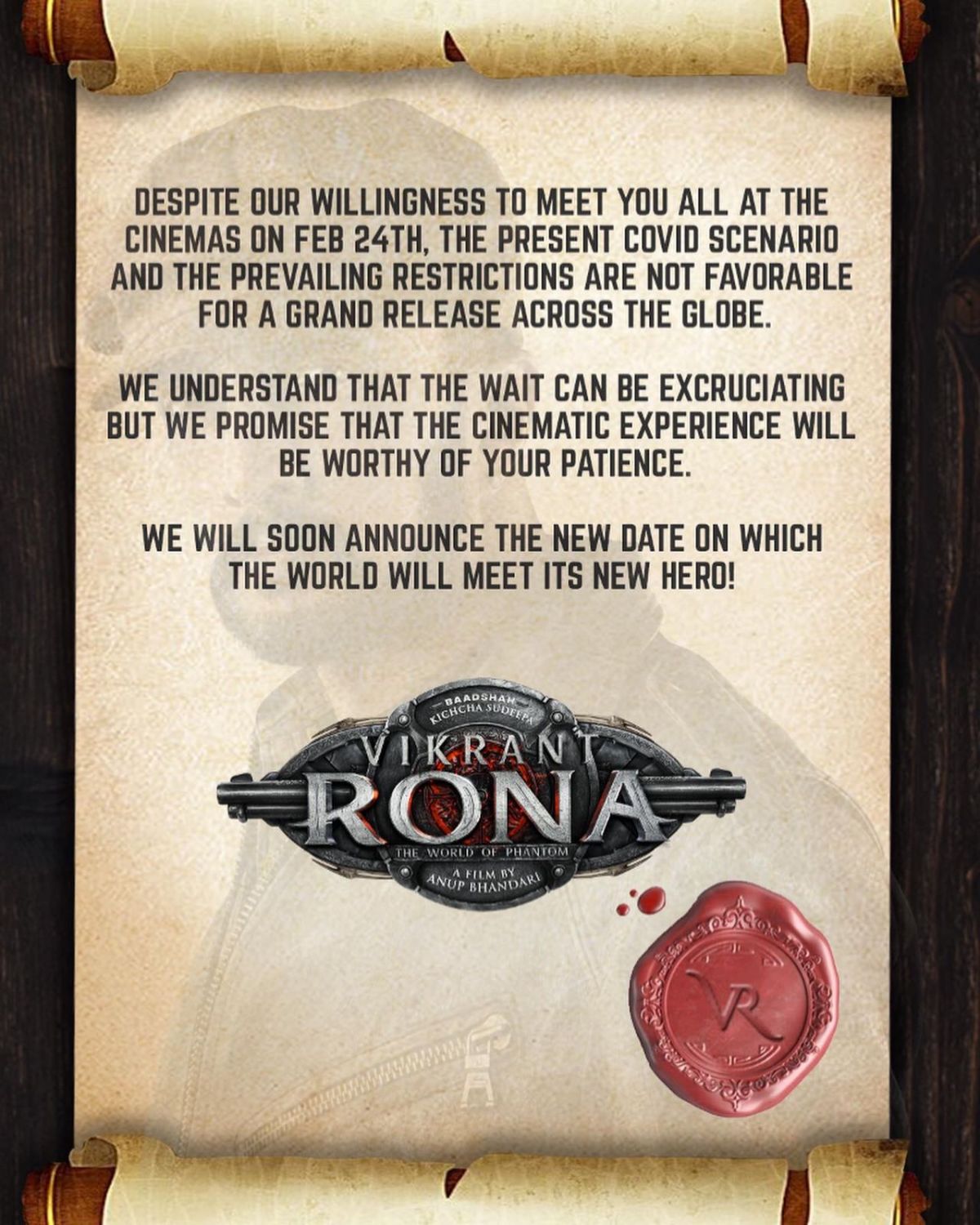 Kichcha Sudeep plays the lead role along with Jacqueline Fernandez, Nirup Bhandari, and Neetha Ashok.  The film will be released in five languages including Kannada, Tamil, Telugu, Malayalam, and Hindi, the makers had launched the first teaser of the visual spectacle and it has set high expectations among the fans supposed to be pan India Blockbuster.

Let us tell you that Vikrant Rona starring Kichcha Sudeepa, Jacqueline Fernandez, Nirup Bhandari, and Neetha Ashok, is presented by Zee Studios, produced by Jack Manjunath under his production Shalini Artss, co-produced by Alankar Pandian and is directed by Anup Bhandari.

Shruti Haasan shares a cute pic and pens a grateful thanks note to her fans on her birthday. SEE post