According to statistics released on Sunday, South Korea's exports of kimchi, a traditional spicy side dish of salted and fermented vegetables, reached an all-time high last year due to its expanding popularity.

According to data from the Ministry of Agriculture, Food and Rural Affairs, outbound shipments of the classic side dish reached a new high of $159.9 million in 2021, resulting in a trade surplus of $19.2 million in the sector.  According to Yonhap News Agency, South Korea has reported a surplus in the kimchi trade for the first time in 12 years.

Kimchi is a traditional Korean side dish composed of fermented cabbage, salt, and chilli peppers that is served with practically every meal in Korea. In the last five years, kimchi exports have climbed by 18% on average every year, and the number of import nations has increased from 61 in 2011 to 89 in 2021. The surge in kimchi exports was ascribed by the agricultural ministry to increased knowledge of the fermented food as a result of the rising popularity of "hallyu," the Korean wave of pop culture.

K-pop and the larger Korean Wave have struck a chord with young people all over the world, boosting South Korea's image as a hip country, home of K-pop sensation BTS and the 2012 megahit song 'Gangnam Style,' by South Korean rapper Psy. According to experts, the Korean Wave, which is fueled by K-pop and TV dramas, has the potential to convert overseas enthusiasts into active buyers of South Korean products.

90% of Afghan healthcare centers on the verge of collapse 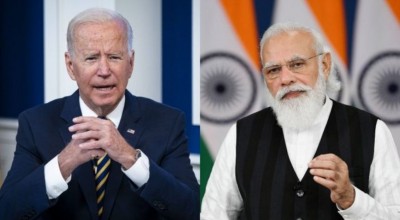