Film critic KRK i.e. Kamaal R Khan is always in the headlines because of his statements. KRK doesn't like to miss any opportunity to target Bollywood and stars. From Salman Khan to Akshay Kumar and everyone else's films keep taking a dig at them. Recently, once again KRK has attacked Bollywood.

Let me tell you that KRK tweeted- "Friends, if I succeed in closing down Bollywood, you people will build my temple, won't you?'' This tweet of KRK is making a lot of headlines and people are also commenting fiercely. 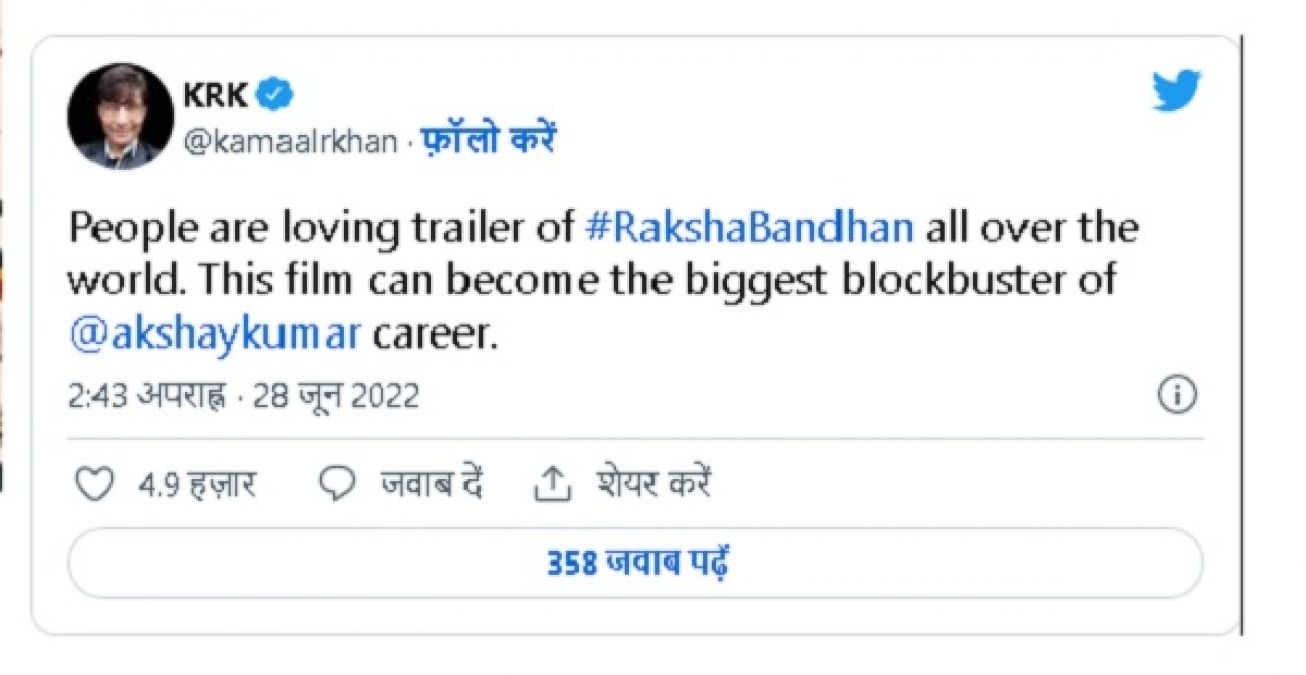