Kylie Jenner had distanced herself from social media for some time. Fans showed something like this in these pictures of Kylie, after which it was being speculated whether the actress is going to become a mother for the second time. But now this guess has been proved right. If the news is to be believed, Kylie Jenner has recently shared a picture flaunting a baby bump on her social media account.

It has been learned that Kylie was in the last period of pregnancy. Today the curtain has been raised that she still has not given birth to her baby. Yes, she has shared her picture, in this picture you can see that she is wearing a white dress. While sharing these pictures of her, she has also given a very cute caption, she has written – I am a woman. Her fans have also become very happy with this picture of her.

Let us tell you that the news of Kylie's pregnancy has been heard since August this year. Although the model herself confirmed this news in September. She did not say what her due date is. Not only this, the actress has always been the subject of discussions among her fans and has also been winning the hearts of her fans with her photos. 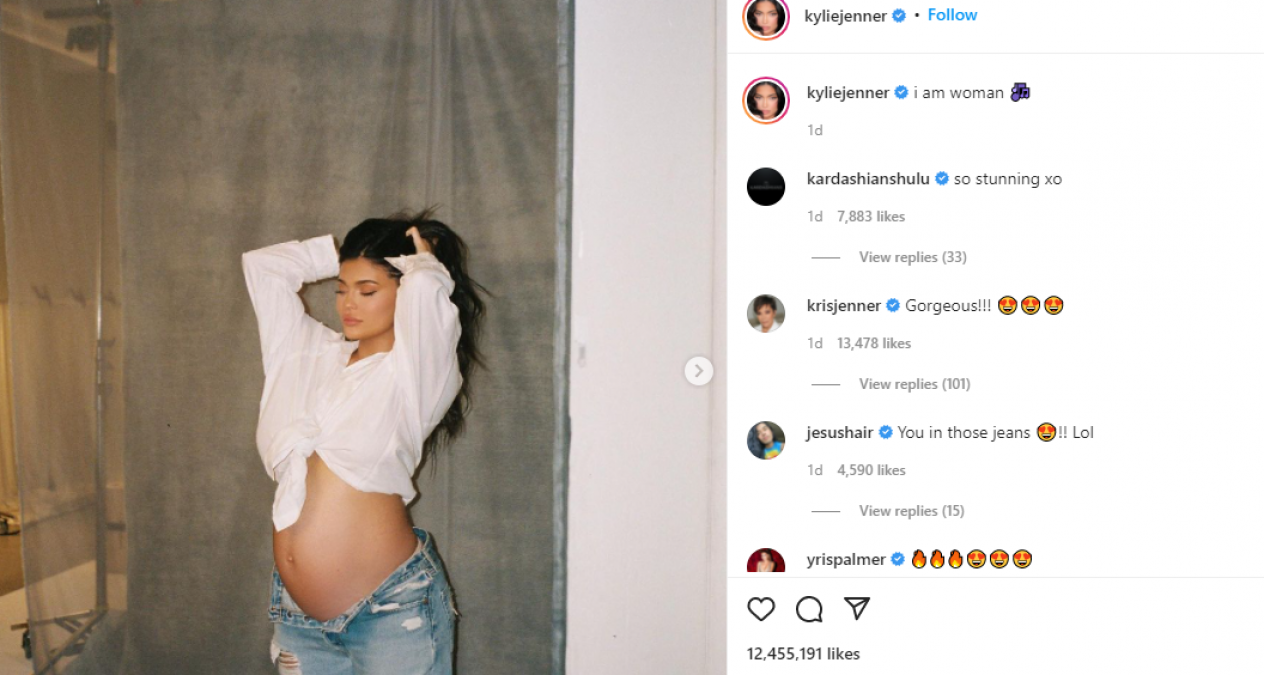