CHITRADURGA:  While the state police are under pressure to take action against the accused seer in the Lingayat Mutt sex scandal, a district court in Karnataka will hear his bail request on Thursday.

The National Commission for the Protection of Children's Rights (NCPCR) and the State Commission for Children have questioned Chitradurga SP Parashuram on the action taken against Lingayat seer Shivamurthy Muruthy Murugha Sharanaru of the Murugha Mutt in Chitradurga, Karnataka.

The SP has been requested by NCPCR to respond to nine questions on the sexual assault case, and he has been given a week to produce a report. The suo motu matter has been taken up in this context by the NCPCR and the State Commission for Children.

Detail information has been requested regarding the actions taken in the case, the current state of child victims, the investigation's development, the victims' statements made in accordance with CrPC Section 164, how they are safeguarded, and other matters.

According to police sources, the investigating officer will have the victim girls' statements under Section 164 recorded before the district court on Thursday. The alleged seer will probably receive a notice from the investigating officer or be taken into custody to be questioned. Following the NCPCR's notice, the police department sent more officers to the mutt's grounds, and the main gate is now locked.

The bail plea will be decided upon by the Second District and Session's Court of Chitradurga, and the police department is expected to protest.

Discussions about the case's police inaction have reached a national level. It is also being questioned why the opposition Congress and other parties have been so silent. Insiders claim that the governing BJP is taking a careful approach to the matter since it is unwilling to take any chances with the impending Assembly elections.

Murugha seer is accused of sexually assaulting two young girls who were staying at the Murugha mutt's Chitradurga hostel. Five people have been charged with conspiring in the case of a sexual assault, including the hostel warden and junior pontiff.

The girls have informed the police that they have videos and will only turn them in if a court investigation is launched. They are demanding one. According to police sources, the victims said that they had taken drugs prior to the sexual attack, but they were still able to recall what had happened. 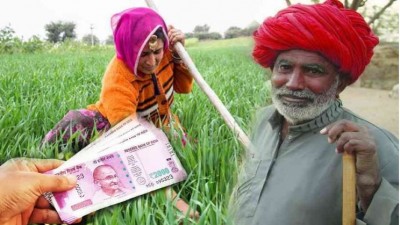 Is govt responsible for deaths due to corona vaccine? Centre's affidavit in SC