The first recipient of the Param Vir Chakra, the highest gallantry award given in India, was Major Som Nath Sharma, PVC (1923–1947). He received this medal posthumously for his bravery during the Kashmir Operation in November 1947. He was killed during the Indo-Pak war of 1947–1948 while driving out Pakistani raiders and infiltrators from Srinagar airport in Kashmir. He was part of the 4th Kumaon Regiment. 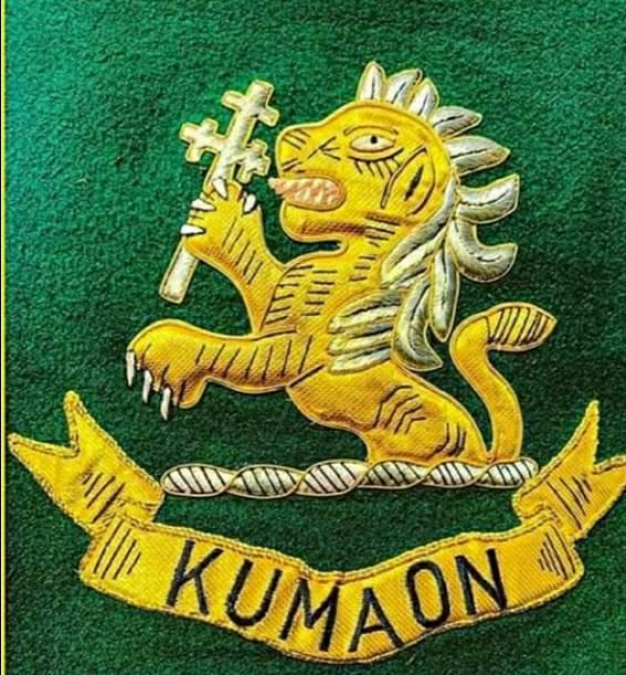 During the Arakan Operation of World War II, he also participated in the war. He is Savitri Khanolkar's son-in-law Lt Gen Surinder Nath Sharma, PVSM, AVSM. He is also the eldest brother of the medal maker.

On 31 October 1947, Somnath's company was airlifted to Srinagar. Due to previous injuries sustained on the hockey field, his left arm was in a plaster cast, but he insisted on joining his company in the war and was let go.

The D Company of 4th Kumaon under the leadership of Major Somnath Sharma was sent on patrol in Budgam village of Kashmir Valley on 3 November 1947.

Pakistani army personnel disguised as 700 tribal "Lashkar" invaders made their way from Gulmarg to Budgam and attacked.

The enemy quickly surrounded the company from three sides, and the mortar barrage resulted in significant casualties.

Somnath understood how important it was to maintain his position, because if it were lost, both Srinagar and the airport would be in danger.
He encouraged his company which is already outnumbered 7:1 and continued to fight bravely despite heavy fire, repeatedly putting himself in danger as he ran from post to post.

When his company's firing capability was negatively affected by the large number of casualties, Major Sharma, who had his left hand in a cast, took up the task upon himself of filling magazines and distributing them to troops using light machine guns.  He was engaged in combat with the enemy when a nearby mortar shell detonated on ammunition crate. Just before he was killed, he sent the following message to the brigade headquarters: The enemies are only 50 yards from us. We are heavily outnumbered. We are under devastating fire. I shall not withdraw an inch but will fight to our last man and our last round.”

The relief team of 1st Battalion Kumaon Regiment reached Budgam after taking charge. However, 300+ casualties of the attackers'  caused them to lose their motivation to advance, allowing Indian troops to fly into Srinagar's airspace and close all entrances. Thus Somnath Sharma saved Srinagar and the Kashmir Valley from falling to Pakistan.

Major Somnath Sharma's company was ordered to go on a combat patrol to Budgam in the Kashmir Valley on 3 November 1947. On 3 November, he reached his destination before dawn, at 1100 hours, he took up position south of Budgam. The enemy, estimated at 500, attacked the Company's position from three directions, resulting in significant casualties for the Company.

Major Somnath Sharma, fully appreciating the gravity of the situation and fully appreciating the direct threat to both the airport and Srinagar  to Hum Hom, urged his company to fight the enemy. To encourage them to catch up, he ran in his squares across the open field, exposing himself to heavy and precise fire.

Maintaining his restraint, he skillfully directed the fire of his sections at the rapidly moving enemy. He repeatedly stood in the enemy line and stretched out strips of cloth to guide our aircraft to its target when the enemy was in sight.

This officer, whose left hand was in plaster, began to personally fill out magazines and give them to the light machine gunner, after realizing that the casualties had reduced the effectiveness of his light automatic. He was killed by an explosion that resulted from a mortar shell that fell directly into the middle of the ammunition.

Major Sharma's company retained its leadership position, and the survivors only retreated when reinforcements reached there and they had enough time to move into position at Hum Hom and halt the enemy's advance.

Major S.N Sharma and his comapany's  heroic actions kept the enemy down for six hours.