Bengal election: Mamata Banerjee says we are not riot party like BJP Kolkata: All parties are engaged in campaigning for the West Bengal Assembly elections 2021. In this order, CM Mamata Banerjee of West Bengal has attacked the Bharatiya Janata Party (BJP) while addressing an election meeting at Patharpratima on Thursday.

CM Mamata Banerjee has also made Chandi's lesson on the stage. Mamata Banerjee, while targeting the BJP, said that we are not a rioter party like the BJP. On the reformation of the government, Sundarbans will be made a new district. We are not a rioter party like the BJP, we only believe in development. Mamata further said that in the moment of Cyclonic Storm Amfan, the Modi government of the center had not helped us nor did the BJP workers help. We saved the lives of 19 lakh people at the time of the storm. PM Modi just promised to pay the money, he did not even.

In West Bengal, campaigning for the first phase will be stopped this evening. BJP and Trinamool Congress (TMC) party leaders have given their best in the election campaign. The leaders of both the political parties are addressing the election rallies in a loud and noisy manner before campaigning this evening.

Covid19: Sri Lanka to reopen all schools from March 29 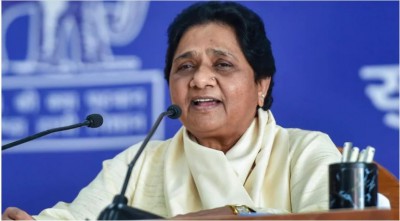