Famous Punjabi singer Sidhu Moosewala is getting to hear the latest updates one after the other these days regarding the murder case. In the midst of this incident, news of the involvement of many names in the case was also heard. There was also a name of Punjabi singer Mankirt Aulakh in it. Now Mankirat Aulakh has shared a post regarding this. Actually, according to the reports, the rumors of Mankirat Aulakh's name being involved in the Sidhu Moosewala murder case were heard extensively. About which Singer has put a point on all the speculations. 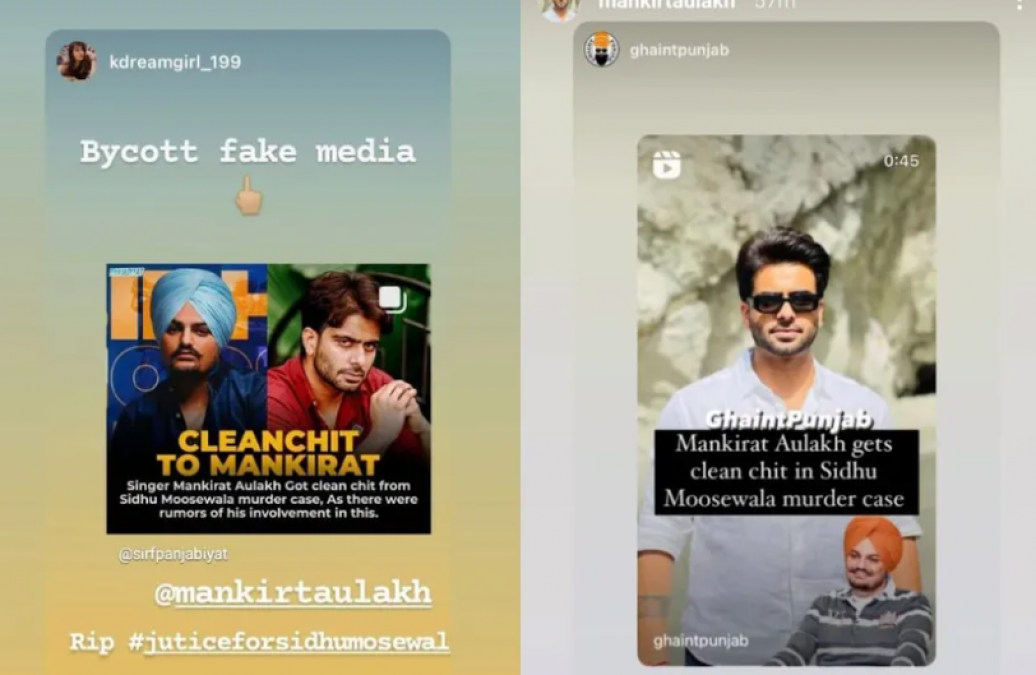 Mankirat Aulakh gets clean chit: News says that singer Mankirat Aulakh has shared with fans and viewers in his post that he has got clean chit in Moosewala murder case. After this, he has been appealed to boycott the fake media. Those who are working to defame people.