Kolkata: The clash between West Bengal Chief Minister Mamata Banerjee and Prime Minister Narendra Modi is not going to stop. So far, the vaccination certificate contains a photograph of Prime Minister Narendra Modi, but now in the third phase of the vaccination programme, a photograph of West Bengal Chief Minister Mamata Banerjee is being put up in Bengal in the immunization certificate of people in the age group of 18-44 years. 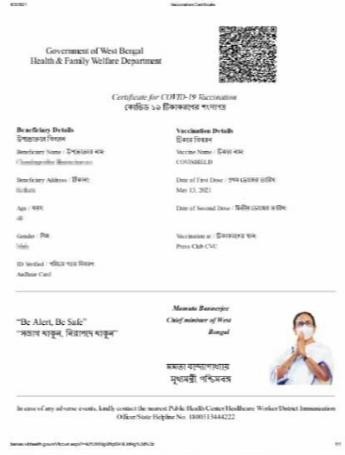