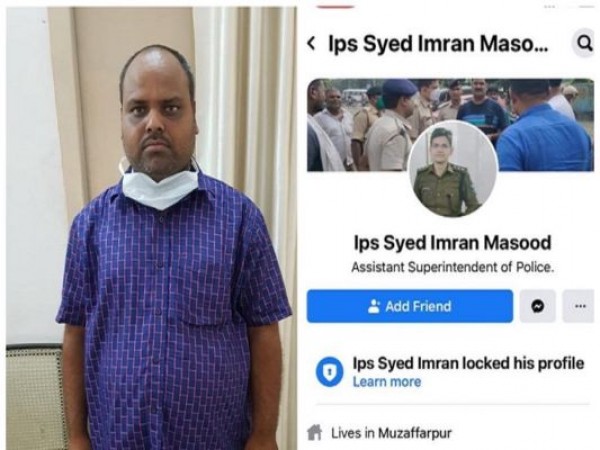 Muzaffarpur: Facebook, a case of chatting with girls and others by creating fake accounts in the name of officers comes to light day by day. The latest case has come to light from Muzaffarpur district of Bihar, where police have arrested the vicious Mohammad Saddam Hussain, who had created a fake account in the name of IPS officer Syed Imran Masood and chatted with nearly 200 girls across the country from UP.

A special team of Bihar Police sent from Muzaffarpur has arrested a person from Chandauli in Uttar Pradesh. The mobile and SIM have been recovered from Shaitar, from which he used to blackmail girls by becoming fake ID. He has revealed the entire case after being brought to Muzaffarpur and questioned. According to information received, the accused used a Facebook ID created in the name of IPS Imran Masood to send obscene messages to the girls. He also asked them for a nude picture of them. On the other hand, girls were also blackmailed by threatening to make their videos viral by cheating them on their jobs.

Two months ago, Syed Imran Masood, ASP, Muzaffarpur West, lodged an FIR against an unidentified person at Nagar police station in Muzaffarpur for blackmailing girls by creating fake Facebook ID. ASP said that about two months ago, a message from girls started appearing on their real Facebook ID that girls across the country were being blackmailed by creating fake IDs in their names. Action was taken after the matter came to notice. 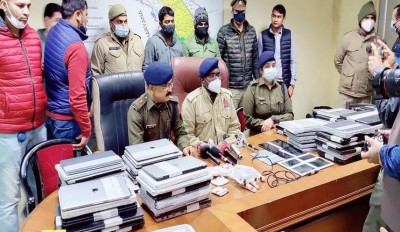