Patna: Rashtriya Swayamsevak Sangh has given momentum to the 'Har Ghar Tiranga' campaign. On Saturday, RSS released a video of the tricolour hoisting in its office. In this, RSS chief Mohan Bhagwat is hoisting the tricolour. Along with this, it was written- 'Celebrate the elixir of freedom. Hoist the tricolour at every home. Raise national self-respect.'

Earlier, the Sangh had put the DP of the tricolour on its official Twitter handle. Along with this, Mohan Bhagwat has also changed his profile photo and has installed a tricolour. Sangh leaders have also appealed to participate in the Tiranga campaign at every house. At the same time, Congress spokesperson Jairam Ramesh attacked the tricolour campaign and said - Those who betrayed our freedom fighters, who betrayed our country, who opposed our freedom struggle and quit India movement, who worked for the British, who apologized to the British, today they are selling our national flag tricolour.

Ramesh also shared a poster. It reads, "Do you know?" The RSS opposed the tricolour and also the Constitution. Let us know that from today, the tricolour campaign has been started in every house across the country. Home Minister Amit Shah was also seen waving the tricolour from the roof of the bungalow today. He was accompanied by his wife Sonal. Tiranga Yatra is also being taken out across the country. Prime Minister Narendra Modi has urged the countrymen to install the national flag in their homes from August 13 to 15 under the 'Har Ghar Tiranga' campaign. It was informed by the Ministry of Culture that more than 20 crore tricolour has been provided to the countrymen under the campaign. 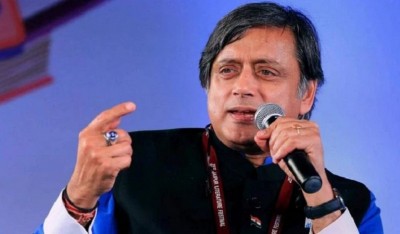