The 32-year-old with worm heart stated that there is no easy way to say goodbye adding it is the right time to call it quits.

"Today as I hang [up] my boots and call it a day I wish to remember and give thanks to each and everyone who made this journey possible," RP Singh wrote on the micro blogging website Twitter.

"Even as I write this, there are conflicting emotions inside me. No matter how much one prepares for this day, there is no easy way to bid goodbye. But somewhere inside there is a voice that tells you - it's time. And that for me is today," he further said.Singh_TweetSep5.jpg 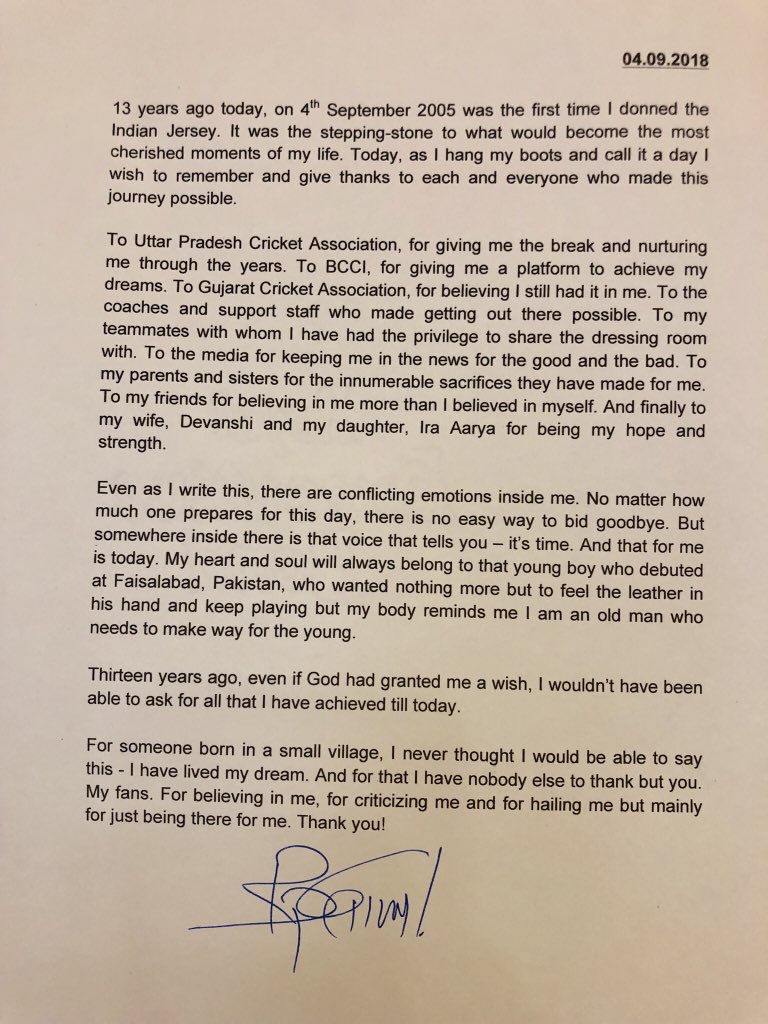 The Indian pacer made his international debut during a one-day match against Zimbabwe in 2005.He played a key role in India's title-clinching campaign at the 2007 T20 World Cup under the leadership of captain cool MS Dhoni. Singh was the second highest wicket-taker of the prominent tournament as he grabbed a total of 12 wickets in seven matches with an economy rate of 6.33.

Taking about Test matches, Singh debuted against Pakistan in Faisalabad in 2006 and clinched the `Man of the Match` award for taking five wickets on a flat track.